Eighteen years ago, during a farm tour of Washington state, I got a sense of just how huge that issue was out West.

We spent an afternoon talking to representatives from the state conservation commission and the Yakima River Water Council, and discovered water battle lines were drawn by agriculture, commercial fisheries, recreational users, municipal users, power companies, native American tribes, and throw in U.S. EPA and the U.S. Army Corps of Engineers, for good measure.

And they were all fighting because of the salmon. The spotted owl was Dick and Jane, one speaker told us. Salmon is War and Peace.

“This has literally been a war zone for the last 30 years,” said the council’s Mel Wagner.

Our take home message? We were sure glad we lived and farmed in Ohio where natural resources were plentiful.

Like most of you, I’ve been thinking a lot about water lately — whether it’s quantity (the drought that’s hammered the Southwest and pushed the U.S. cattle herd to its lowest number since 1951, and ongoing drought conditions in California) or quality (hello, Lake Erie?). Water quantity and quality go hand in hand. I don’t think you can separate the two.

No one can ignore the enormity or importance of water use or issues. It impacts food and agricultural production, the environment, energy production, human health, and the community you live in. In fact, I heard Ohio Agricultural Research and Development Center Director Steve Slack say in July, “We think water is a national security issue.” And he’s probably right.

Keep a close eye on California, the only Western state that doesn’t regulate groundwater and where 80 percent of the state is classified in the highest category of drought, according to the Los Angeles Times.

Currently California landowners enjoy the water under their land as a property right, but the state is debating regulations on water drawn from the ground. The legislative proposal would charge local agencies to create localized plans for managing their groundwater by 2020.

Keep a close eye on Washington D.C., where someone could decide the Chesapeake Bay Watershed nutrient reduction plan is a plan that fits everywhere. (Remember my Washington state visit? They told us the EPA was going to inspect every dairy farm in a two-watershed area.)

Keep a close eye on Columbus, where there are rumblings of tougher nutrient management regulations.

And most of all, keep a close eye on your own farm. Are you doing everything you could be doing to conserve, preserve and protect water resources? Can you no-till? Can you add cover crops? Do you soil test? Do you test your manure? Do you apply only what nutrients are needed?

Every farm owner, every homeowner, every consumer, plays a role in water conservation and protection.

“This is generational type of work,” said John Lawrence, an animal scientist and ag economist at Iowa State University, at a conference I attended in July.

“We have to get started on it.”

Back in 1996, during my trip to Washington state, Phil Shelton, retired managing editor of the Yakima-based magazine, Good Fruit Grower, joined our meeting discussion. Pointing to a glass of water in his hand, he told us, “This is our economy. This is our schools. This is our aesthetics.

(Editor’s note: Susan Crowell has written about the importance of water before, as seen in this 2004 commentary. Now she wonders if anyone is listening…) 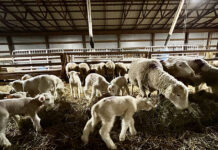 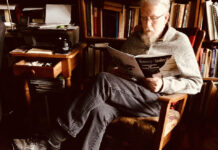 A tribute to Duane Miller, a good dad 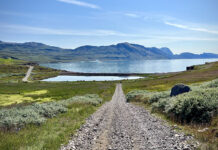 In Greenland, a chance for respite, reconnection