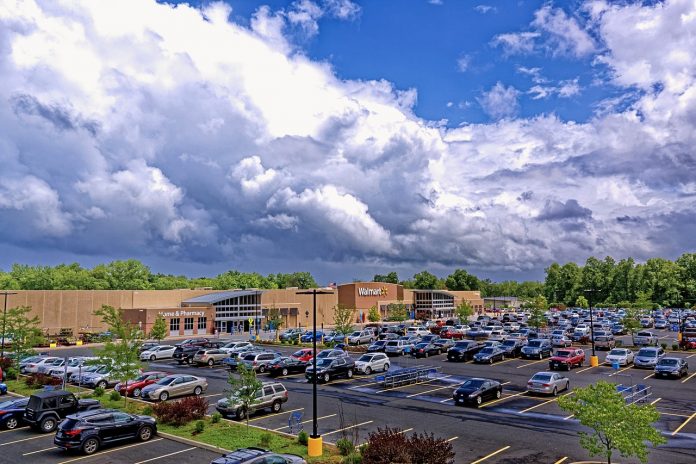 While officials in Washington stare at a federal budget proposal headed nowhere and a federal budget deficit headed to the moon, farm leaders in rural America are closely watching two recent moves into Big Ag by Big Retail.

In mid-2018, Walmart, the Arkansas retailing giant, began bottling milk in a newly built facility near Fort Wayne, Indiana, for its 500 stores in Michigan, Illinois, Ohio, Kentucky and Indiana.

In doing so, this newcomer shoved an industry veteran, Dean Foods, its former bottler, out the door. With Dean went 100 or so dairy farmers in surrounding states who sold milk to it.

Walmart replaced all with just 30 farmers and cooperatives within 140 miles of its new plant.

At the same time, 650 miles west, Costco, “a membership-only warehouse” club second only to Walmart in global retail sales, began to assemble a feathery empire near Fremont, Nebraska, that will grow, slaughter and distribute 2 million whole chickens a week to be sold as “cooked rotisserie chicken” in all Costco stores west of the Mississippi River.

To pull this off, Costco has recruited an estimated 100 to 125 Nebraska and Iowa farmers to, on average, build four specialized poultry barns to grow 200,000 birds every seven or so weeks.

For Costco contract growers, their $800,000 to $1 million investment per setup is a way to both boost cash flow during the latest commodity low-price cycle and bring a younger generation into their farming operations.

While neither venture looks particularly risky for either the retailers or the producers — all are under contract at what outsiders say presently are profitable prices — they are groundbreaking in other ways.

First, each of the fully integrated enterprises hopes to eliminate all the usual middlemen — anyone who sells inputs to food processors or packagers, as well as distributors and wholesalers — between the originating farmer and the final customer.

Costco, for example, has effectively eliminated suppliers like Tyson Foods and Pilgrim’s Pride (and their opaque pricing structures) by building a captive supply chain right down to its own feed plant, slaughtering plant and transportation system.

That’s an airtight form of vertical integration rarely seen in U.S. agriculture and never seen on that scale.

Few, however, retail their products directly to customers.

By closing that loop and managing every link of the production-to-plate supply chain, Costco and Walmart now have direct control of their products’ production, quality, price and profit.

And somewhere along the way, they became farmers, because without their massive market clout and integrative downstream muscle, thousands of cows wouldn’t be milked in Michigan and Indiana, and few chickens would ever be found scratching around Fremont, Nebraska.

Will Walmart and Costco effectively and profitably integrate their food supply chains from the farm to the shopping cart?

It’s an open question, but both are starting with products that require minimum handling and little processing to become table-ready “food.”

If it does work — and profit-pinched farmers and ranchers, with open eyes and access to ample credit, become contract producers — consumers and farmers alike can expect to see more of it, says John Hansen, president of the Nebraska Farmers Union.

“The reason is simple,” he says. “The integrators control quality, production, costs, distribution and profit. It’s the natural extension of the corporate state.”

Farmers on the other hand, warns Hansen, need to be more wary of this route than they currently are today.

“I have said that farmers who sign these contracts are volunteering to get run over by a bus because total integration means the total elimination of markets. The integrators become the only market.”

And when you have only one market, there is, in fact, no market.