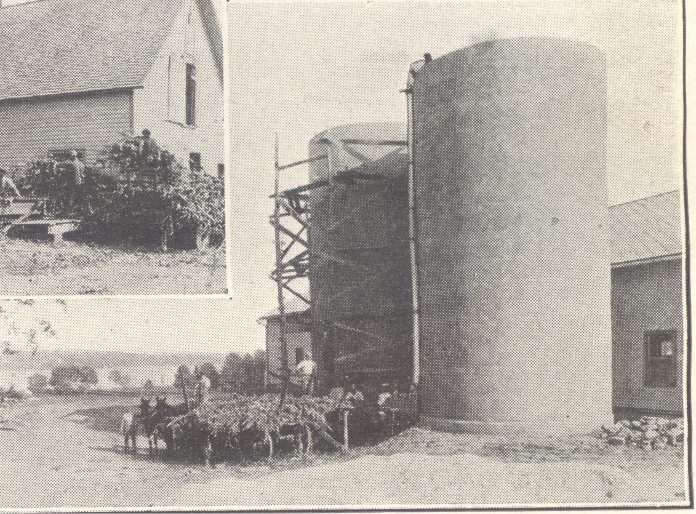 Did you know that for about 80 years, the United States Navy was in the dairy farm business, and for several decades even operated a hog farm?

Neither did I, but one learns something new every day, even at my advanced age.

One hundred nineteen midshipmen became ill, with six of them serious, in November 1902, and the cause was poisoning from tainted milk.

Then in 1910, 29 middies, including the captain of the undefeated Navy football team, came down with typhoid fever, again attributed to unsafe milk.

A 180-acre farm was purchased on Greenbury Point, a finger of land jutting into Chesapeake Bay across the mouth of the Severn River from the U.S. Naval Academy, and a small dairy was established, which proved too small to meet the needs of academy mess halls.

So in 1913, the Navy bought a large acreage in Gambrills, Maryland, and began raising hogs on the former dairy facility.

The approximately 350 hogs kept here afforded a way to get rid of the garbage from the mess halls and the hogs were mostly sold to the Baltimore stockyards.

During World War I, the Navy established a high-powered, low-frequency radio transmitting station on the property, a facility that remained in use until 1999, although the hog operation was discontinued during WWII when the space was needed to expand the radio transmission equipment.

The 1913 purchase included 857 acres of what was referred to as “Hammond’s Inheritance” after a wealthy former owner named Matthias Hammond, who died in 1786.

Actual anecdotes of the history and the operation of the farm are nearly nonexistent, or if they do exist I’ve been unable to find them.

The Navy seems to have developed a modern dairy operation that milked from 175 to 250 Holstein cows and raised replacement calves as well.

The farm was overseen by a naval officer, at least until the latter days, and complied with all the stringent sanitary regulations that applied to the rest of the dairy industry of the time.

In 1980, a farm building inventory listed a total of 62 buildings and other structures on the farm.

These included cow barns, the pasteurization building and another for chemical storage, as well as several miscellaneous storage buildings and a number of silos, all made of concrete.

In addition, there were machine sheds, grain elevators and covered cattle feeding troughs, along with a separate residential area of modest, one- and two-story homes where the farm workers lived.

Local milk producers had been complaining to their congressman about the government subsidized competition and, in 1966, amid a round of budget cuts, the Department of Defense suggested selling the farm.

The House Armed Services Committee disagreed strongly, with its chairman Mendel Rivers, D-S.C., declaring, “Some bright genius . . . wants to close this dairy over at Annapolis. This will be done over my prostrate body, we have developed a grade of milk over there that is wonderful, absolutely wonderful, there is no reason to dispose of this property, no reason on Earth. It is owned by the young men over there.”

So the battle sputtered on for several more decades. Every day the middies continued to empty almost 2,500 of the blue and gold half-gallon milk cartons that were embellished with anchors and the USNA insignia.

The farm’s 16 civilian employees continued to milk the 175 to 250 Holsteins every day, while the farm superintendent, Pete Peterson, a Navy LCR until 1984 and then civilian manager after that, said the farm supported itself through its sales of milk to the Midshipmen’s Mess.

Finally, in 1998, the Navy’s farm could no longer be justified and the dairy operation was closed down.

The farm is still owned by the Navy, which leases it to Anne Arundel County, Maryland, which then subleases it to Matt and Megan Fry, who operate the nearly 600 acres as MD Sunrise Farm, LLC, under the county recreation and parks department.

It’s a fully working farm that raises grass-fed beef, and both organic and conventional crops, as well as hosting seasonal farm events such as a corn maze, while also hosting school and group tours from the nearby urban centers of Annapolis, Baltimore and Washington, D.C., and operating the Anne Arundel 4-H Dairy Leasing Club.

So, that’s the story of how our sea-going Navy was also in the business of farming and dairying for an extended period of time.

The farm even had a connection to Salem, Ohio, in that they used an “Ohio Monarch” ensilage cutter, manufactured by the Silver Manufacturing Company of Salem, to fill their large concrete silos, at least during the early years.

U.S. Naval Academy. The largest building on the USNA campus is Bancroft Hall, where there are living quarters for all 4,500 midshipmen.

Also in the building is King Hall, the 55,000 square foot dining hall, where the nearly 4,500 midshipmen are fed three hot meals a day at 392 tables.

The 13,500 daily meals are served to all within five minutes of sitting down from 30 heated mobile serving carts, and prepared in 17 conduction/convection ovens and nine steam-jacketed kettles that can heat 1,000 gallons of soup or cook two tons of pasta.

Each day, the middies eat more than 1,000 gallons of milk, two tons of meat, a ton of green vegetables, two tons of potatoes, 1,200 loaves of bread, 720 pies and about 300 gallons of soft serve ice cream and fruit smoothies — they are growing boys, after all.