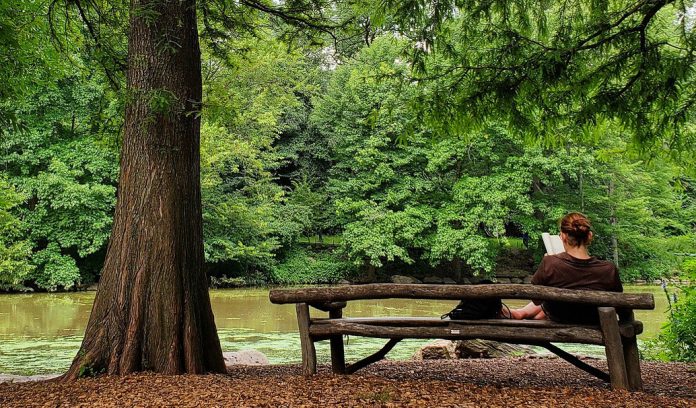 If you can find a little time under a shade tree, I have a great escape for you.

Fannie Flagg has written a treasure trove of silly novels which serve as laughter-inducing stress busters.

Can’t Wait To Get To Heaven gives a lot of grins with a dash of food for thought.

As is the case with all of Flagg’s writing, this book has that great comic, southern flair, filled with characters with notable names and an interesting take on life.

When Mrs. Elner Shimfissle falls from her fig tree because she is stung by wasps, she is suddenly swept off on an adventure that is beyond description.

For her relatives left behind, the questions at the hospital such as, “Age?,” seem reasonably easy to answer, but nothing is that simple.

There were no birth certificates issued in Elner’s era, and her sister buried the family Bible so that no one could trace her age.

Sister Ida, as it turns out, had her eye set on a young man who was eight years her junior, so no one dare know her real age.

Fannie Flagg has written such incredible books as Fried Green Tomatoes At The Whistle Stop Cafe, which keeps a reader turning the pages late into the night.

This light-hearted read simply makes one ponder the age-old questions: why exactly are we all here, and what is heaven like when we get called to the great beyond?

The spry Elner is thrilled most of all to see her good friend and neighbor, Dorothy, with her beloved cocker spaniel at her side when she gets a glimpse of heaven.

A true cat lover, Elner is so excited to know that dogs and cats will be up there waiting for all of us that she just can’t wait to tell her niece Norma all about it.

I remember back in the olden days, long before I even started grade school, when all four of us sisters shared a bedroom, staying awake late into the night pondering this very thing.

The subject came up because I was being reprimanded by my three older sisters for telling tall tales.

“You won’t go to heaven since you told a lie,” one of my sisters said with great conviction.

I instantly began crying my eyes out.

To make their point an even stronger one, my sisters, who were busy raising me to be a good citizen, began describing the heaven that they were all surely heading for.

It was magical and beautiful and filled with anything a person could possibly dream of.

There was endless cotton candy just growing in thin air, well-broke horses, dogs doing all kinds of tricks and adorable little monkeys that could talk.

The more they talked, the more curious I became.

They described a place where endless cows needed milking, mean old sows kept having baby pigs that needed iron shots every morning and the hay crop kept coming, day after day after day.

That was just about the worst thing they could dream up!

I vowed to my big sisters that I would never tell another lie.

I thought I was in the clear until my sister Sher spoke up and said, “And you have to stop sucking your thumb. Big girls who sneak their thumb don’t get into heaven, either.”

I quickly hid under the covers, sticking both thumbs under my pillow, feeling a little bit doomed.

I loved spinning big stories, and that darn little thumb had a mind of its own.

But endless cotton candy with my big sisters? They surely wouldn’t want to go there without me!