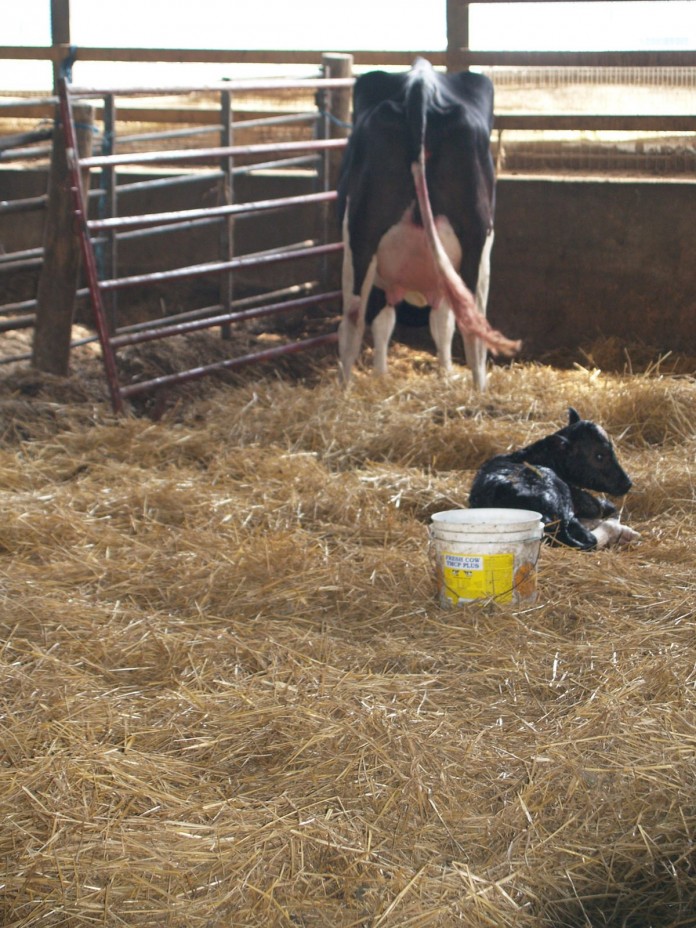 Just a few of the (unacceptable) “reasons” dairy bull calves may not be fed enough colostrum in a timely manner on some farms.

Fortunately, the majority of farms do a good job getting colostrum into all of their calves. However, lack of adequate colostrum, or failure of passive transfer, is still a challenge for people who raise dairy bull calves.

Male or female, calves that don’t get any or enough good quality colostrum struggle. Up to 80 percent will die in spite of anyone’s best efforts.

Why? Calves are born without a functioning immune system.

Colostrum, the first milk given by the dam (mother), has been packed with immunoglobulins (antibodies) that will act as a passive immune system for that calf until their own immune system matures and produces antibodies itself.

The tricky part is getting the colostrum in quickly. The immunoglobulins (Igs or antibodies) in the colostrum are only able to pass through the intestinal lining of the calf for a short time. Basically, we have a 24-hour window from birth.

That “window” starts rapidly closing as soon as the calf is born. At birth, a calf may be able to absorb about half of the Igs we feed him/her. Six hours later, it is likely that 20 percent or less will be absorbed. By 24 hours, less than 5 percent will be absorbed.

Another factor affecting the success of this passive transfer of immunity is how many Igs we feed the calf.

Good colostrum will contain more than 55 grams of Igs per liter. Anything less than that, which is not uncommon, is considered poor quality. We would have to feed more of it to give the calf a fighting chance of getting enough Igs.

Other options if the dam’s own colostrum doesn’t have enough Igs:

Basic good management of every newborn will ensure that nearly every calf will absorb enough colostral antibodies.

Current recommendations of a gallon of colostrum as soon as possible after birth followed by another half to full gallon within eight hours are designed to maximize the chances of a successful transfer of immunity for large breed calves.

Small breeds would need about three-fourths of that amount.

There is a big cushion in that recommendation to cover the wide variation in total Ig content and the actual time after birth that the calf is fed that colostrum. Don’t assume you don’t need that cushion.

Check colostrum quality with a colostrometer or refractometer. A colostrometer usually costs about $40. An excellent investment, just don’t drop it!

You routinely receive milk quality reports from the cooperative or processing plant where you sell your milk. If total blood protein levels were measured on each bull calf leaving your farm, would they routinely pass? How would your bull calves fare on a quality report?

Don’t pass on an avoidable problem to the next person who is working hard to succeed in their farm business.