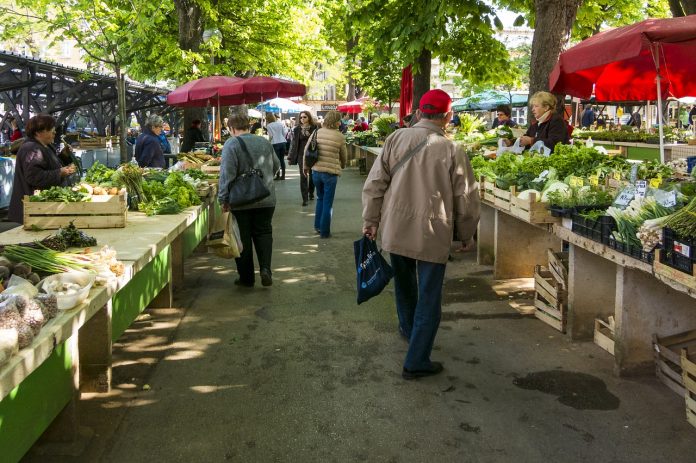 For over a month now, nearly anyone who can lift a fork has asked what the “new normal” in American agriculture will be after COVID-19 loosens its terrible grip.

Six weeks later, we now have a pretty good idea that ag’s new normal will look like ag’s old normal even if it takes a Presidential Executive Order to ensure it. That should give everyone — farmers, ranchers, and eaters — deep concern.

If no food supply chain is strong enough to withstand COVID-19 now, what will happen when climate change hammers farms and ranches in the next decade or two or, God forbid, a war or another pandemic strikes sooner?

A quick look at one of the most vulnerable chains, pork, spotlights its weakest links and shows how it can be shortened — and backstopped — by more local production.

According to Successful Farming (SF) magazine’s late 2019 Pork Powerhouses®, 40 national and international companies now own 4,290,700 sows, or mama hogs, in the U.S. Those 40 operations, in fact, own two out of every three sows in America today, reported SF.

Equally remarkable, if each of those sows, on average, delivers 25 baby pigs this year (intensely managed sows will “farrow” 30-plus piglets per year), these 40 powerhouses will produce and control 107.5 million hogs. That, too, is roughly two-thirds of the 150 million or so hogs that will be born, raised and slaughtered in the U.S. this year.

Interestingly, the other one-third of the hogs the Fab 40 don’t have a direct hand in nearly equals the amount of pork exported by the U.S. to the rest of the world. That effectively means the entire domestic pork market is controlled by 40 companies, 15 of which are either owned outright or integrated with a global meatpacker.

It also means that when American taxpayers give their money to “livestock farmers” during this ongoing pandemic, most will go to a handful of industrial meatpackers who, in fact, are today’s “hog farmers.” But that’s not the only price Americans will pay.

Last week, our highly efficient, industrialized system snapped after the virus landed in its workplace. The collapse was so concerning the White House stepped in with its muscle and our money. Again. It was all so predictable.

Just ask Mike Callicrate, a Kansas rancher who raises, slaughters, packages and sells his own beef and other farmers’ local lamb, poultry, pork and cheese through Ranch Foods Direct, his company. He foresaw the rise of industrial meatpackers and predicted the nation would pay for its growing, reckless devotion to cheap, unhealthy industrial food. He’s also spent the last 40 years fighting meatpackers’ rising market power.

As a result, he has the battle scars and dwindling bank account to prove it. But those battles convinced Callicrate that government should be far more proactive in underwriting the rebirth of local agriculture and not reactive in sweeping up the pieces of our increasingly broken food system.

“If our nation really wants to protect our farmers, ranchers and food workers while making sure we feed every American,” Callicrate says in an April 28 telephone interview, “Congress should write a law that requires all government agencies to buy their food locally. Local ranchers, local farmers, local meatpackers, local markets, local restaurants.”

Callicrate estimates those purchases — by schools, hospitals, the military, federal and local food assistance programs, and other public agencies — could total as much as 20% of domestic production.

“We still don’t know what this pandemic will cost, but we do know it’s trillions,” says the rancher. “The next one will cost us even more — maybe everything — and there’s no fixing anything after that.”