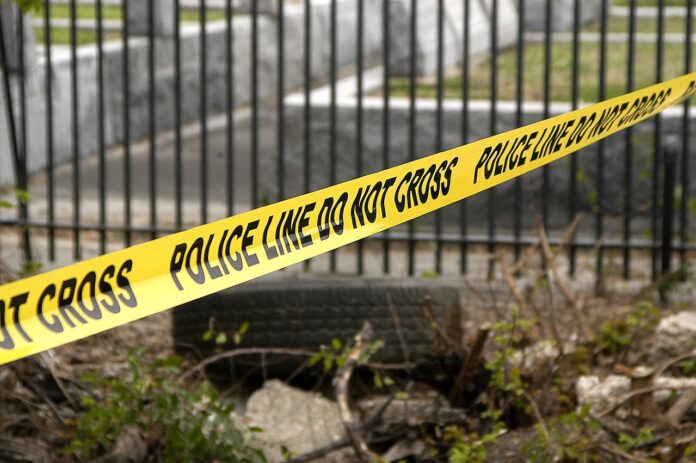 I think it’s fair to say that one of my main goals is to never have my life story narrated by Bill Kurtis or Keith Morrison. The dynamic duo of official true crime narration makes me sit up straighter and take notes the moment they utter a single syllable.

I start my day at dark o’clock sipping coffee and watching old episodes of “Forensic Files.” I like to know what is up in the world of DNA results, true crime and how to catch very bad people who do terrible things.

In doing that, I sometimes have to wonder if criminals ever bother to watch crime documentaries themselves. I critique the reasons they get caught — no gloves, they leave hair samples, or they just aren’t that bright.

My massage therapist got me hooked on true crime podcasts. That is just as relaxing as you imagine. As a result, my belief that I could pull off the perfect murder has become alarmingly high. I mean, I’m not planning to, but I think I could.

My pro tip: consider planting endangered plants over the body, that way it is illegal to dig the plants up! Also, leave your cell phone at home. Those pings will give it away every single time. I swear a cell phone that never gets a reliable signal will power up just to place you at the scene of the crime. It’s uncanny.

Of course, the real issue is that in most cases of true crime, the culprit is always the partner — business or romantic — or the spouse. Fortunately, in my writing, I have left a clear paper trail of how clumsy I am, lest Mr. Wonderful ever stands trial when I inevitably off myself doing something stupid. We all accept that this will probably be something involving a very large mirror.

I mention this because people on true crime documentaries say nonsensical things like “you never think it will happen to you.” Me, raised by a safety-conscious single mother in the very murdery 1970s and 1980s would say, “on the contrary! I often assume it will!”

I was taught about “stranger danger” and how to poke someone’s eye clear through their skull back when other kids were still following random people to their box vans to see if they could, in fact, help find a nonexistent lost puppy.

I am really intrigued by the new use of familial DNA to solve crimes. The idea that your sixth cousin twice removed could lead to capturing the Golden State Killer is fascinating. It’s also helpful because as far as I can tell, not one murder got solved before 1975.

I’m still not sure how anyone in California in the ’70s and ’80s wasn’t murdered. Worse yet, how my mother and I weren’t. I feel like every serial killer from the past five decades made it a point to travel through Ohio at some point.

Unbeknownst to us, however, there really is a famous missing person case that happened right in the cute little university town I grew up in when I was a child. So my mother wasn’t crazy when she was extra cautious.

Speaking of mothers, we all should want the love and loyalty demonstrated by the mothers of criminals in true crime shows. Prosecutors can have the killer committing the crime on film, with DNA, fingerprints and a signed confession. Nonetheless, that person’s mama will swear up and down that her child is the picture of innocence. According to some interviews, that killer was just sitting there reading the Bible when someone came along who just “needed killing.”

Today I reside in one of those “bucolic, rural areas where nobody locked their doors” that documentaries are always nattering on about. Trust me, I lock my doors. Day and night, I lock them. It drives Mr. Wonderful batty how often he has to knock to get back into his own home after a quick trip to the barn. I am not looking to end up on “Dateline” or CNN, sir. You can grab a spare.

Meanwhile, I see folks on social media post their running maps including the exact days they repeat the route as if they have never heard a murder podcast or seen even a single episode of “Unsolved Mysteries.”

I am forever telling people to be careful. “Watch out for deer and creeps! Also, most serial killers are charming!” As you can imagine, I am very fun at parties.

Basically, I have two entertainment genres: Hallmark movies and true crime shows. Both share a common thread: “she was new in town and decided to trust a handsome stranger…”

I don’t live in fear, but it pays to be cautious. On the other hand, I feel safe because I have never, to my knowledge, “lit up a room.”