It is a dismal day in U.S. history, a day that we shall never, ever forget. It is and always has been our responsibility as U.S. citizens to pay attention to what is going on in our country, and it seems it is more important than ever.

We are just weeks away from electing a new president and vice president, and it comes at a time when we need an intelligent leader and a strong vice president perhaps more than ever.

Regardless of how we each choose to cast our vote, it is vitally important that we each be sure we are checking the news as it is reported to us, and that we each be responsible in repeating only that which is factual.

The Internet is a powerful tool, but it can provide blatantly false or extremely misleading “facts” that get repeated by well-intentioned people without checking the sources. There is plenty of blame to go around, but it is vital that we try to reach decisions based on fact rather than urban legend.

One of the biggest “facts” I have heard repeatedly turned out to be completely baseless and false. This is sort of a two-pronged story which stated that Illinois Sen. Barack Obama was sworn in to office in the U.S. Senate while placing his hand on the Koran rather than the Bible, and that he refuses to recite the Pledge of Allegiance. I found it so absurd that I figured it couldn’t possibly be true, but continued to hear it from lots of people who insisted that it is fact.

So, in checking these statements at http://www.factcheck.org , I saw the photograph of Vice President Cheney swearing in Obama while Obama’s hand is placed on his own personal Holy Bible, being held by his wife, Michelle Obama.

The site reports Obama is a Christian who belongs to the Trinity United Church of Christ, and links were provided which showed Obama leading the Senate in the recitation of the Pledge of Allegiance.

Now for Sen. John McCain. Before the South Carolina primary in 2000, calls were made throughout the state asking, “Would you be more or less likely to vote for McCain if you knew he had fathered an illegitimate black child?”

This shamefully misleading question gave many people the horribly wrong impression of a good man. He and his wife adopted their daughter, who has dark skin, as a baby. And yet, just like the Obama stories, this misconception of a baby’s conception in McCain’s life continues to be repeated in parts of this country.

McCain and Obama both have been cited for “facts” presented in their respective convention speeches which were wrong.

McCain said, “Obama’s plan will force small businesses to cut jobs, reduce wages, and force families in to a government-run health care system where a bureaucrat stands between you and your doctor.”

FactCheck states, “The (Obama) plan exempts small businesses, and people who have insurance now would be able to keep their coverage they have.”

Obama, in his speech, said, “Many of these plans will cost money, which is why I’ve laid out how I’ll pay for every dime: by closing corporate loopholes and tax havens that don’t help America grow.”

FactCheck said, “Closing loopholes and tax havens won’t pay for everything. His program will also be paid for by proposed tax increases on upper-income Americans.”

Obama said, “When John McCain said we would just ‘muddle through’ in Afghanistan, I argued for more resources and more troops to finish the fight against the terrorists who actually attacked us on 9/11.”

To clarify, FactCheck reports, “In that 2003 quote, McCain actually said we ‘may’ muddle through if President Hamid Karzai can make the progress he is making. Recently, McCain, like Obama, has called for a troop increase in Afghanistan.”

FactCheck states, “The bill Obama voted for, the 2005 Energy Bill, actually raised taxes on oil companies by about $300 million over 11 years and provided $5.8 billion in subsidies for renewable energy, energy efficiency and alternative fuels.”

Republican vice presidential nominee Sarah Palin accused Obama of never authoring “a single major law or even a reform in the U.S. Senate or the Illinois Senate.”

FactCheck states, “This is simply not a fair assessment. Obama has helped push through major ethics reforms in both the state senate and the U.S. Senate.”

Obama, an honors graduate of Harvard Law School, has spent much of his adult life promoting government reform and as a senior university lecturer taught constitutional law.

Palin, who said she would cut the fat in Washington, took over as mayor of tiny Wasilla, Alaska, with zero dollars debt, served two terms and left the office in 2002 with $22 million debt. While in office as governor, which she assumed in December of 2006, she has opposed and vetoed aid for kids with special needs.

During her speech at the Republican convention, she said she will be a strong advocate for families with special needs children, pointing out that her newest family member is a Down syndrome baby.

Biden’s voting record put him dead last.
Not so many years ago, I remember hearing my father lament the fact that the day would come in which no one good and pure and truly ethical would run for the office of the president.

The media storms and the Internet frenzy, not to mention the greedy desire to win, casts tall shadows over the haze between fact, fiction and half-truths.
It is our responsibility as voters to continue seeking the truth to the very best of our abilities. Even listening to the words falling directly from the mouths of the candidates requires our own fact checking.

I urge everyone to consider using www.factcheck.org as a source to help sort it all out. 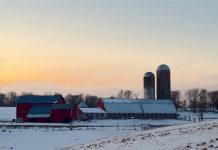 Longing for the days of live and let live 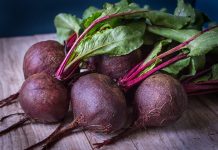 Be thankful for your upbringing 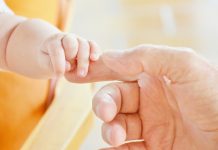 The beautiful blessing of a new baby