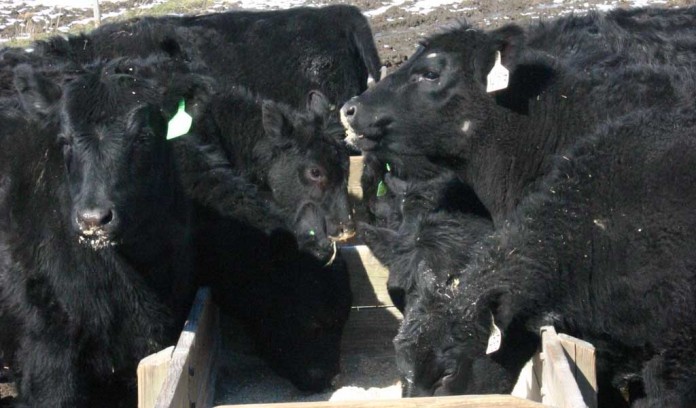 Last year is now in the rear-view mirror, and most producers are not sorry to see it go. I don’t know if you can blame a year for anything, but a new one always brings optimism with it.

After record profits for a couple years, it was a shock back to reality in the entire ag sector, as we all are a little guilty of believing that high commodity prices were here to stay. Grain producers were a year or two ahead of livestock producers, but I think now we are all in the same boat again. Records were set for corn, beans, cattle and hogs that may not be broken again for quite a while. As bad as the prices were, there were some other things that occurred in 2015 that are just as troubling, and more than likely won’t get better.

Although it didn’t start last year, extremists under the guise of warm and fuzzy names have been trying to change the way food is produced in the United States. Some say that they want to do away with animal agriculture all together. The crazy part is that they do it with fear, and it is working. What started as a campaign to “free” animals from suffering led to successful ballot initiatives in several states that outlawed caged laying hens and gestation crates for sows.

We’ve all seen the commercials with pictures of these animals as they suffer their lives away — their only purpose in life is to make their heartless owners more profit. One company after another announced that they would no longer buy products from producers who didn’t align their management practices with the food companies’ ideals.

The part that really accelerated last year was the campaign against GMOs. Most people don’t understand what a GMO is, but they are sure that it can’t be good for you because somebody on the Internet says they’re not.

Even though countless tests have been run, there is no real evidence that any GMO has ever caused any harmful effect on any humans. But the fear is that any foods that contain any ingredient derived from any type of genetically modified plant is considered unacceptable. One research center poll showed that 57 percent of Americans believe that GMOs are unsafe to eat. It all makes me wonder how people expect to be fed in the future.

If scientists can alter a gene and allow a crop to be more drought tolerant, or more resistant to certain pests, and the result is more yield or sweeter fruit or bigger potatoes, then aren’t these changes for the better? In the midst of trying to feed an ever-growing world population, I can’t find any logic in any of these groups raising fear levels over products that shouldn’t be feared.

By now, you’re wondering what the heck any of this has to do with conservation. Enter blue-green algae. I sure don’t mean to imply that the mycotoxins associated with these large algae blooms aren’t harmful, because they are. What I want to warn about is the public perception that always accompanies problems that “big ag” is involved with.

With several agencies devoting millions of dollars to slow down the amounts of dissolved phosphorus entering waterways, it looks like help is on the way. But most everyone realizes that this is a problem that didn’t just start a couple years ago, and it won’t go away overnight.

With the passage of S.B. 1 and S.B. 150, grain farmers and livestock producers are asked to take ownership of the methods they use to apply nutrients to their fields. With that comes the opportunity for us all to learn more about soil science and understand how all nutrients are used — or not used — by the crops that are planted. And what happens to the nutrients that don’t get used is what got us into this mess to begin with.

They always said that if farmin’ was easy, everybody would do it. Don’t you wish we could go back to the days when the hardest part was the work?

So, raise a glass and toast in the New Year and pray for normal weather — and an end to conspiracy theories.