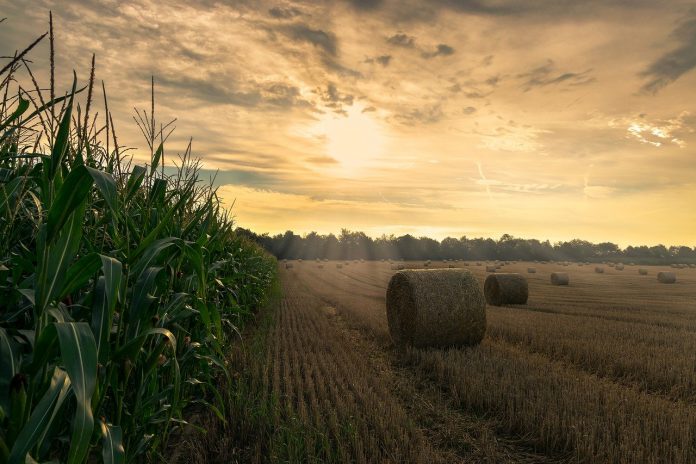 Grain futures markets on the Chicago Board of Trade are still defensive, as favorable weather has traders thinking of big crops. Weather forecasts are calling for hotter temperatures ahead, so there remains concern that the corn crop can get cut, but to date it seems that the crop is ahead of normal and looking good. Timely rains have kept things moving.

The United States Department of Agriculture reported July 20 that 59% of the U.S. corn crop is now silking, ahead of the normal 54%. Farmers who planted corn in June last year with all the rain outdid themselves this year and planted early. USDA reported crop condition for the corn unchanged, at 52% good and 17% excellent.

The Ohio crop is actually lagging the normal after a delayed planting. We have 33% silking, versus a normal 43%. I saw my first tassel in Ashtabula County July 15, with most early fields starting to tassel two or three days later. Go south, and the crop is earlier, but not as early as the average. The Ohio condition rating is only 38% good and 5% excellent. Part of that is the later crop, but some is due to very delayed planting south of Columbus and in the North Central part of the state.

A lot of our early beans are up and down in height and short. Some were not planted in good conditions, as fear of another wet year caused some farmers to push the crop in when conditions were not optimal.

Marketing these crops with forward contracts has presented a challenge. We are not impressed with soybeans or corn prices, although soybeans have gotten over $9 off and on versus November futures. Still, the big gains we saw immediately after USDA revised corn planting from 97 million acres (impossible) to 92 million (unlikely), have gone away.

As we talked last week, we started trading good weather and ignoring acres. That has continued over the last week, and the current crop condition ratings will help it continue until we start seeing 100-degree weather in the Western Corn Belt. December corn futures were trading just under $3.33 July 21. The recent low was at $3.22 June 26, but the high was $3.63 July 9, after the acreage revision. So, we gained 41 cents, then lost almost 31 cents. That is a net improvement, but it does not feel like it.

Exports have been good lately, but are lagging historical levels. Last week we moved 45.2 million bushels, but year-to-date we are at 1.4321 million versus 1.716 last year at this time. Meanwhile, the soybeans are seen to be in a better position to rally, with relatively low carryout projected, but the pattern has been similar.