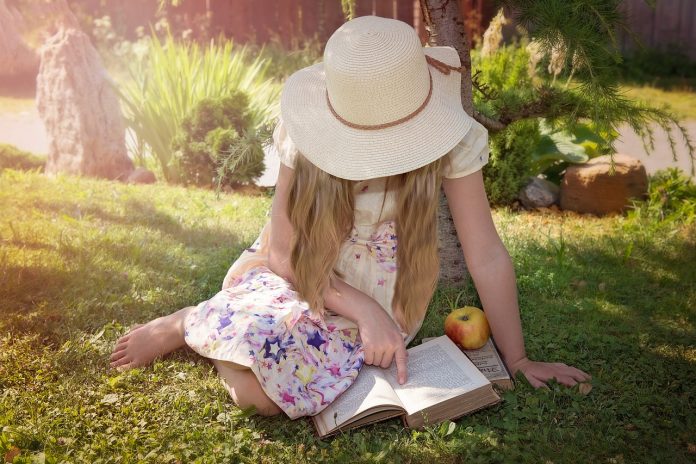 Pulitzer-prize-winning author Annie Dillard, considered by many to be the voice of American baby boomers, once said a child is in many ways a closed-door until about the age of 10 when there is an awakening. The awakening is an ongoing process, one in which a child becomes aware of the world and her place in it. I think of this every time I am blessed to meet a new little person of age 10.

Just yesterday, an adorable boy in line with his mother at a store told me, “I am 10 years old, and I got a new bike for my birthday! It goes super fast!” His blue eyes were shining, his mother smiling with pride, and my heart couldn’t help but sing with joy for him, turning 10 in summertime, all sorts of possibilities ahead.

Dillard points out in her book “An American Childhood,” that she was born at the end of April 1945, on the day that Hitler died. She spent the first ten years of her life getting ready for that wonderful awakening, a blank slate with so many great things to be discovered.

Like so many of us, she was raised on baseball and bicycles and the joy of exploring her neighborhood with wild abandon. The world was different then, and a mother was comfortable in giving her children free rein to explore in every direction.

Annie Dillard discovered the sheer joy of library books and would find herself studying the names of those who had checked out this very same book before her. What did this book mean to all of these other people? What about the people who checked out this same book several times over the course of a year or two? There must certainly be something that they found hidden in the pages of this book that brought them back to it, again and again. She wanted to find that secret for herself.

Dillard also enjoyed summering with her grandparents in Ohio at their lake house and tells of the joy of seeing, from almost every room, Lake Erie and its mild shore.

Walking was her project before reading, she says. She was thrilled to add newly memorized streets in her Pittsburgh neighborhood to the private map she kept in her head. She would give herself little tests, such as trying to find the route from the school to her friend’s house. She avoided the Catholic church because the sight of nuns scared her beyond reasoning.

This all-American girl enjoyed her cap gun, not only wondering if, but almost hoping for, another world war to break out in her neighborhood, requiring her to know how to shoot that cap gun quick and clean. She would find such simple joys as bouncing a ball against the house for hours at a time. Like us, she found ways to make a game out of such simple things as popsicle sticks and gravel bits.

And though she came from a family blessed with old money, it is the simplicity of borrowing books from the library that continued to take this child along the path toward growth. That growth led to success beyond measure.

“Books swept me away, one after the other, this way and that; I made endless vows according to their lights, for I believed them,” she tells in her memoir.

I found myself hoping the 10-year-old boy I met could know the joy of riding his new bike to the public library, exploring all sorts of things on his own, both outside those walls and inside some great books.