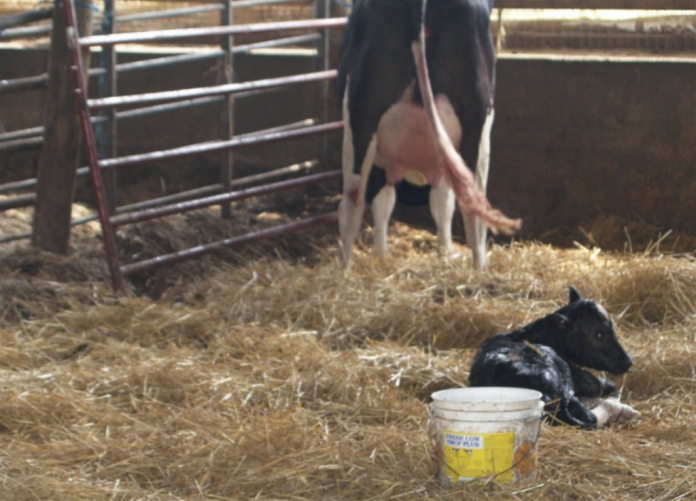 Our first calf of the season was born this week in the middle of deep cold. Knowing the mama was close to labor as dusk approached, my husband trudged back and forth to the barn all evening and into the night to check on her in case she or the baby had difficulties. But that heifer decided to wait until just before dawn to calve, thus ensuring he got almost no sleep at all.

As any rancher will surely tell you, that’s typical for calving season here on the Northern Plains. Other places may claim the month of March comes in like a lion and goes out like a lamb, but for us it’s often a ferocious critter from start to finish. Sure, sometimes we get a docile March, but that means we can expect April to be the roaring predator, and probably May as well. What I’m saying is we’re bound to get caught in the teeth of the beast at some point, and there’s no sense expecting it to be otherwise.

We are also in the throes of a nasty cold virus that’s marking its paces through our house. Illness in March has been the new normal since our children were born, because when you are already up and down all night checking heifers, why not be awake the rest of the time with coughing, fevery kids, or coughing and fevery yourself?

It could be worse. Just a few years ago, our March illness coincided with calving AND a major snowstorm. One particular night, after being up until after midnight with a miserably sick toddler, I managed to sleep through the man of the ranch bringing a chilled-down calf into the house to warm up at 3 a.m. Our dog Zuzu, then a puppy, did not sleep through the guest’s brief stay, however, and barked loudly and unceasingly in fear and surprise.

Miraculously, the kids and I slept through that as well. (It truly was a miracle and a blessing after several nights in a row of no one sleeping due to sniffles and fevers.)

The faint aromas of manure and afterbirth still lingered in the kitchen, as did smears of both substances on the mudroom floor, when the kids and I finally emerged, blissfully unaware of the pre-dawn drama.

“What happened here?” I exclaimed, and my poor husband just shook his head. Calving in March, that’s what happened.

The man of the ranch spent the rest of that weary day trudging back and forth from house to barn through deep drifts to check on the baby, whose mama hadn’t decided if she was the mothering type or not. With two other heifers who also looked close to birthing, I waited to scrub the mudroom floor up because I fully expected we would be welcoming another chilly visitor before the day was done.

Today, there is no afterbirth to scrub off the tile. The wind is blowing hard, but it’s not as bitter as it’s been. Soup bones boil on the stovetop, their fragrant plumes of steam fogging up window panes, while the kids cough and sneeze after another night of little sleep. They are older now, though still young enough that they sometimes need all-night parenting through illnesses. And we are all weary of soup, we are weary of winter, we are weary of the wind that never wearies. But when my husband returns from checking heifers in the barn, and half-jokingly says, “I think this has been the worst week of my life,” I remind him of that not-so-long ago fevery week of calving that also included a snowstorm.

It’s not always helpful to be reminded that times have been tougher before, but I am grateful to be reminded that we are tougher than those tough times, capable of pushing through another day, week, month. Perhaps, March on the plains is not like a lion after all, but a buffalo, walking stoically into the wind, not hiding from a storm, but turning instead to face it.