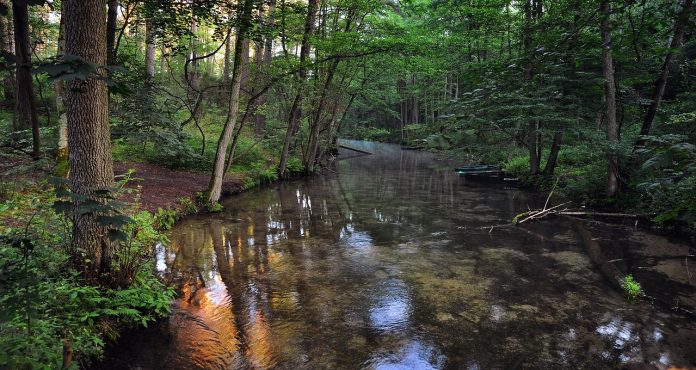 With at least a dozen documented fires on record, sadly, the Cuyahoga is not the only U.S. river to burn. The Buffalo River, Buffalo, New York; the Schuylkill, Philadelphia, Pennsylvania; and the Rouge River, Detroit, Michigan, also share the Cuyahoga’s smoldering history of environmental degradation.

Industrial discharges of chemical and petroleum-based wastes into these rivers resulted in oil slicks that provided the fuel that would allow these rivers to burn.

The movement toward environmental responsibility gained momentum when an August 1969 issue of Time magazine included an article about the toxic condition of the Cuyahoga River, citing that it is a “river that oozes rather than flows.”

Although no photos of the 1969 burning on the Cuyahoga River are known to exist, Time included photos of an earlier (1952) fire on the river.

Additional photos captured the devastation of this ecosystem and the Cuyahoga River unexpectedly became the catalyst for legislative change that, in part, led to the 1972 Clean Water Act.

This federal legislation has certainly resulted in cleaner water and rivers that are no longer ignitable throughout the U.S.

And the Cuyahoga River, which was once the symbol of America’s neglect of their natural resources, has bounced back in many ways. And if we have learned anything from the progress we have made, it is that the first step in cleaning up a river is reducing or eliminating the pollution at its source.

The CWA has made great progress in identifying industrial and municipal waste polluters and using an EPA NPDES (National Pollutant Discharge Elimination System) permit process to reduce and monitor these wastes.

Under the CWA, this type of pollution is referred to as “point source” pollution since the generated waste can be tracked back to a single source.

Before we dust off our hands and pat ourselves on the back for a job well done, we should keep in mind that our work is not finished.

The EPA estimates that about half of U.S. rivers and streams are “impaired waters,” in many cases not clean enough for fishing and swimming.

How can this be? Unfortunately, point source pollution is not the only threat to the health of our rivers.

Referred to as non-point source pollution, this other type of water pollution is generated from many sources and is not nearly as easy to identify, quantify and prevent.

Non-point source waste is collected from land surfaces and is moved to ditches and streams when it rains.

Stormwater washes across the land picking up many types of contaminants along the way.

Just think about all of the things we leave on the surface of the ground that make their way into our ditches and streams with every rain event.

Consider the addition of automotive fluids and gasoline leaking onto parking lots and roads, and de-icing salts applied to roads and sidewalks that are also carried along waterways during spring thaws.

And don’t forget about the food and beverage waste thrown into roadside ditches from car windows and trash that has been scattered by animals and wind when garbage bins are not properly secured. All of these things end up in our streams and rivers.

As if all of that is not enough, a multitude of plastic wastes also enter our freshwater systems in a number of ways, including litter.

Recent research in the Great Lakes has found an alarming amount of microscopic plastic in each of the lakes, with lakes Erie and Ontario having the highest concentrations.

Additional research has confirmed that this plastic has made its way into the food chain and we are now, in essence, consuming our waste.

We are very privileged to live in an area with an abundance of fresh water. And with that privilege comes an obligation to protect and conserve this natural resource for future generations.

Healing our waters simply cannot be managed by a government agency and therefore falls on each of us and our willingness to do our part.

We are all non-point source polluters and need to learn how to eliminate or reduce the pollution we are adding to our public waters.

The Soil and Water Conservation Districts are staffed with resource professionals that can provide assistance in helping you learn how to better manage your property to reduce soil loss and water pollution. Upcoming events;