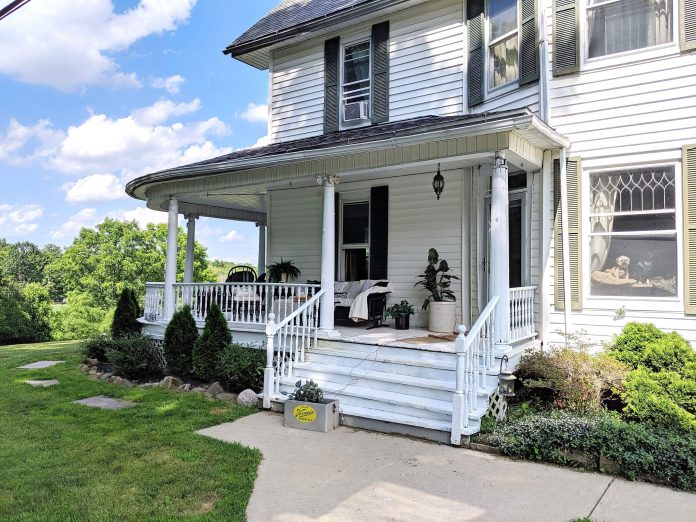 As a homeowner I believe the three most expensive words in the English language are “What is that?” Nothing good ever comes from that phrase whether it is applied to errant sounds, smells, or bits and pieces.

A pile of unexpected dust or shavings? Expensive.

The sound of running water when no water is on? Expensive.

Basically, if anyone says “What is that?” in relation to your home while peering, sniffing, or listening intently, just go ahead and open the line of credit, transfer funds from savings to checking, do whatever you need to do. Then brace yourself.

Alternately, you can do what Mr. Wonderful and I recently did. Just ignore it for a bit.

Recently we were both at home when we heard the sounds of … whooshing. That’s right, a whooshing sound? Like air perhaps? A fan in the distance? We looked at each other. We looked around. He went to the kitchen to see if something was on. We have one of those whisper-silent dishwashers that is almost spooky in how quiet it is. We spend a lot of time poking it “is this thing on?” On this occasion, it was not. No fans were on.

We stood stock-still and stared at each other. Still that whooshing noise. Faint. Not unpleasant. Just …  odd.

We decided it must be the neighbor’s tractor, or irrigation system, or something in the distance. Not our problem at all.

Then, in a move that is generally unlike us ­— or at least the go-getter, get it done us we once were — we forgot all about it. We just went back to what we were doing. Namely, ignoring the whooshing noise. We aren’t as young as we once were so this is easier than it once was. There was a time when Mr. Wonderful would have been consumed with curiosity and ferreted out the source of the sound. These days, fresh off being marked safe from his FOURTH bathroom renovation. He has done so much gutting and plumbing, wiring, digging and frankly, I think he’s just about over it. Twenty-six years of renovating this old house, and others have allowed him to adopt a certain willful lack of awareness out of pure self-preservation.

Our blissful ignorance lasted for another 24 hours. True story. At that point, I was minding my own business when I received a text from Mr. Wonderful. It was a video of a river running through our basement. The source: a well pressure tank that had just given up. As soon as the video began playing on my phone, comprehension dawned like a light bulb above my head. The whooshing sound was RUNNING WATER!

Yes, friends, we had water running full bore out of the pressure tank, powered by our well pump, for at least 24 hours. Hire us for all your home tending needs! That is if you want someone who ignores the issue for a while before finally discovering the source of the problem. In this case, the lack of water pressure when Mr. Wonderful set out to water our goats was his clue to actually go into the basement.

It should be noted that our basement is not finished. There is no 70’s shag, cast-off furniture, laundry room or exercise room hosting a seldom-used bike down here. No one is hosting movie night down there unless it is of the scary variety. To be fair, as basements go it’s not actually half bad. The floor is cement. The ceilings are high. The walls are stone with one center wall of brick. There is a portrait of Jesus over the water tank that came with the house and I see no good reason to disturb it. The water that ran for at least a day went harmlessly down a nearby drain so the worst we had was extra wear and tear on our well pump and a really clean spot on the basement floor.

I am just grateful that Mr. Wonderful’s sense of investigation kicked in and he was moved to investigate. I am just not an underground sort of person. I go to the basement for tornado warnings. Even then the funnel cloud has to be all but pulling into the driveway to send me there. Suffice to say I might have ignored that whooshing sound indefinitely.

Mr. Wonderful is the handy sort and he had the pressure tank replaced, replumbed and holding water in no time at all. Easy peasy once you know what to look for.

Thus the mystery of the whooshing sound was solved. The mystery of why we were so willing to just completely ignore it — as if under some sort of old house nothing to see here spell — was not.