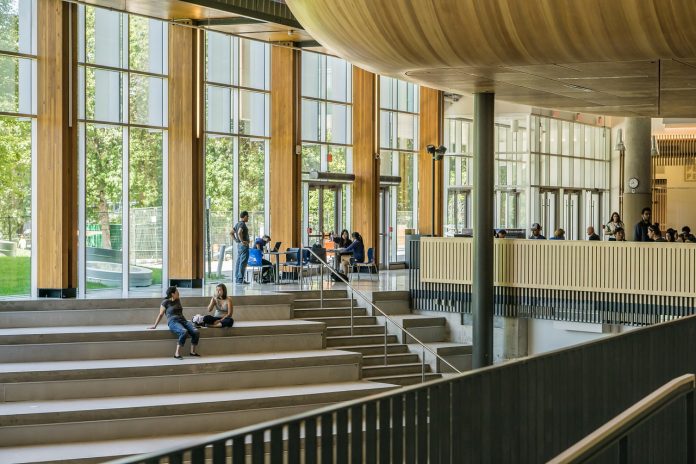 It was 20 years and four days ago that I stood in our living room watching horror unfold as the breaking news interrupted cartoons to inform us that two teenage boys had shot and killed 12 students and 1 teacher and injured 21 more inside their pretty suburban high school.

As my toddler buzzed around my legs, I watched news video of students — just kids — streaming from the building with their hands above their heads.

I was shocked to my core.

I was pregnant with our second child and alternately too busy to think or terrified that I could never love another child with the all-consuming love I felt for our first.

Twenty years and one day ago, I held our newborn daughter in our hospital room, felt the all-consuming love for her as I did with her brother, and watched the somber procession of funerals as families buried their children who had perished.

I vowed to protect my babies from a terrible world and sobbed.

Until that moment, I had never heard of Columbine High School. In the last 20 years, I have never forgotten it.

Like any parent, the idea of sending my then-toddler and infant to school “someday” terrified me.

Up until then, I had feared bullies — not bullets.

The years flew by in a blur of classes and Christmases, soccer games and swim parties.

Through it all, our child, born in the time of Columbine, accepted as her due that there would be “active shooter drills” from kindergarten on.

I sobbed the day she proudly told me that she knew that if she was caught in the hallway alone during a lockdown, she would be locked out of her classroom and should run to the restroom and stand on the toilet seat and be very quiet all alone so “the bad guys can’t see my feet and get me.”

She was 6 years old.

As parents, we tried to control an uncontrollable world.

We cosseted our children in every safety device imaginable, distrusted everyone, and sat in playgroups and discussed what we could do to help detour the “outcasts” we were told were most likely to target our kids.

I am proud to say our children are kind and nice people who look out for others. It not only because it’s the right thing to do. I hoped nice might save their lives someday.

Over the years they did the drills for fire, violent attacks, and tornadoes. If I had to choose, I hoped for fire, not a gunman. Those can be deadly but one seems eviler.

Our children were in high school when a violent attack on Sandy Hook Elementary was the scene of unimaginable horror.

Our school district, like many, doubled down on security despite the fact that locked doors hadn’t saved Sandy Hook.

Still, we believed in buzzers and locks.

Two years ago, our “newborn” up and graduated high school radiating health and happiness and headed off to college.

Not long ago, our son came in the house, breathless, to announce that there was a lockdown at the college where his sister was.

It was a tense two hours as we ascertained that she was safe.

She told us that she was in the cafe unaware until en masse phones began beeping and buzzing as the news broke and loved ones began calling and texting.

She and her lunch companions stood up in the eerie calm. One boy stopped to clear his table.

Our daughter was buttoning her coat when a classmate urged her to leave the vicinity quickly.

A video clip sent to me later shows young adults streaming from buildings as a loudspeaker blared a message on repeat.

“Please seek shelter immediately.” No one panicked. GirlWonder said it was scary, but they had practice. They decided to stick together and keep moving forward.

That was their shelter. This generation born in the time of Columbine has trained for just this.

It is sad that today’s young adults don’t know about life before knowing what to do during lockdown drills was a basic preparation for first grade.

On the other hand, I am impressed that they don’t allow fear to rule their lives.

Whether 20 years ago or 20 years from now we should always maintain that random acts of terror and violence are not, and should never be, the new normal. We cannot let fear rule our lives.

Focus on the good, keep moving forward and never let the fear of what might happen stop us from growing up and going forward together.