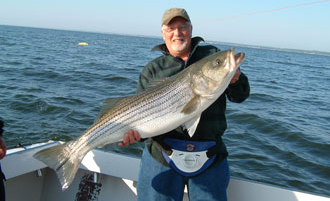 Twelve names to remember when it comes to those who would rather all hunting, trapping and for that matter, sound wildlife management strategies, be stopped, include the Humane Society of the United States and People for the Ethical Treatment of Animals (PETA).

Both groups hide true intentions under their sympathy-based flags, but according to the U.S. Sportsman Alliance, watchdogs of the rights of outdoorsmen and proven wildlife management, they are just two of a dozen hunter-hating groups.

Others on the list are the Center of Biological Diversity, Defenders of Wildlife, American Society for the Prevention of Cruelty to Animals, the Sierra Club, Friends of Animals, Wild Earth Guardians, and the Animal Welfare Institute, the Animal Legal Defense Fund, In Defense of Animals, and the International Fund for Animal Welfare.

Make no mistake, these groups are well funded and politically savvy. It’s a strong likelihood that many hunters and trappers have contributed to one or more of the above dozen thinking they would be directing their dollars to animal shelters and similar much needed operations.

According to the U.S. Sportsman Alliance a good example of what really happens is what the HSUS does with donations. It has been reported that just one percent of the funds raised by that group in 2010 ($187,515,301) was shared with shelters. One percent!

Be an informed outdoorsman, learn about groups who are determined to end your outdoor pursuits.

From the East Coast come reports of the continued demise of the striped bass fishing industry, a wonderful story just a few years ago when several years of protection revitalized a troubled striper fishery.

Now, however, it appears that stripers are again in big trouble.

Stripers Forever, a grass roots conservation organization, has compiled a far reaching survey of 1,000 striper anglers who reported their fishing successes, or lack of, during the 2011.

Reminds one of the Lake Erie walleye fishing industry, a sad story indeed.

East Coast stripers have not had a good spawn since 2003 resulting in a serious and growing deficit in the overall number of fish but there seems to be no action to protect the remaining fish taken by recreational and commercial fishermen. Another statement that could be mirrored by Lake Erie’s walleye fishery.

On Jan. 14, the Izaak Walton League, one of the nation’s longest lasting organizations still doing what it was created to do, will celebrate 90 years of conservation efforts.

The League boasts more than 250 chapters nationally doing everything from building trails and introducing youngsters to the outdoors to sponsoring how-to clinics and fighting environmental battles.

The Izaak Walton League was spawned in Chicago in 1922 when 54 sportsmen recognized the need to protect deteriorating fish habitat. Now, there are 39,000 members actively involved in conservation minded projects and issues.

These folks deserve a vote of confidence and thanks.