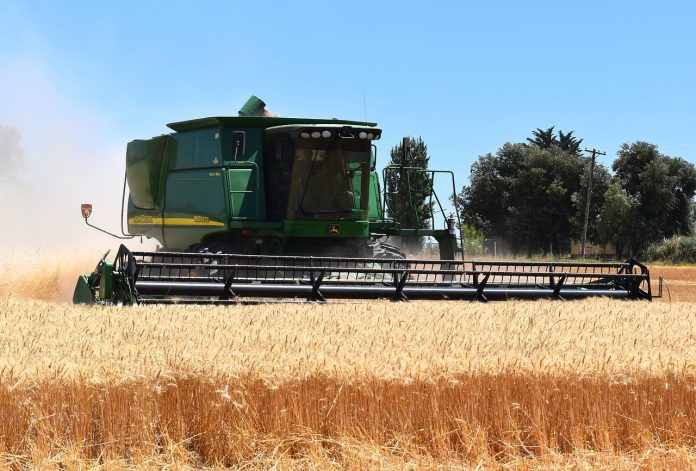 The grain trade continues to concentrate on world economics, even as harvest is upon us. With the surprises of the recent U.S. Department of Agriculture numbers behind us, what matters to traders are developments in the geopolitical world more than the immediate impact of the starting harvest.

As I write this Sept. 29, we are now a month into the official crop year and starting the Midwest harvest season. Yes, corn and soybean harvest has been going in southern states, and farmers in southern Illinois who are trying to beat the break in harvest basis are taking off early corn.

This is the week, however, when we stop talking about the possibility of frost damage in the northwestern states, which did not happen, and start talking more about early yields and crop prospects.

So far, yields are all over the place, but farmers are generally talking a crop that is trend-line or a little less. Wild variability caused by local rain events still has the official production numbers somewhat in doubt. The backdrop for the harvest, however, is still a collection of geopolitical events.

The U.S. dollar continues its run up on the chart indexing it against the six major world currencies. We are now close to 113 after being consistently below 90 a couple of years ago.

A very fond memory is the 10 days “Squeeze” and I spent in Italy in 2018. My son-in-law made it possible by pushing her in a wheelchair, our first concession to her weakening condition. The nonfond memories were of the horrible exchange rates, which I remember as being as bad as 68% of the euro, but I can’t find a chart that is that bad. Maybe it is my memory that is bad.

This current currency relationship tells us that we are the strongest swimmer in a drowning economy. As of last week, we have a stock market index that is officially in retreat after a decline of more than 20% from the high. Still, the world looks to us as being in better shape than most other nations.

The largest signal of where the world is headed is reflected in current crude oil prices. From a high on some charts of $130 a barrel, we are trading near $79 after a large break this week.

Crude oil prices are a measure of demand, and this break predicts a decrease in demand as the world economy contracts into recession. There are a lot worse things than high crude prices, and we are about to experience them.

Against this backdrop of negativity, corn prices actually held even last week, down just a half-cent. We are fighting off the harvest break, maybe because the USDA balance sheet shows us to be tight in supply. This is not going away, and we will trade from the tight supply view for the rest of the market year.

The U.S. is reported to be 12% harvested on corn and 8% for soybeans. Each is several percent behind the normal, but the pace will pick up if we don’t get rained out. The crop was planted late, and it never completely caught up its maturity.