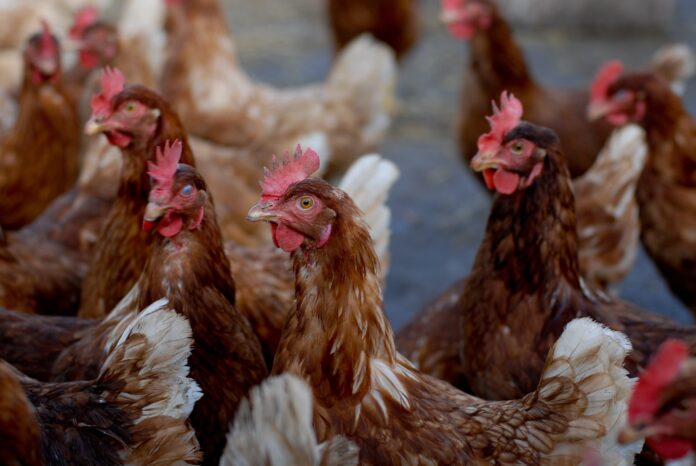 Bird flu was detected in two commercial duck flocks in Berks County on May 3, reports the Pennsylvania Department of Agriculture.

This brings Pennsylvania up to nine total commercial flocks impacted by highly pathogenic avian influenza and 3.8 million birds culled preventatively or killed by the disease. The bird flu has not been found in any backyard flocks in the state, yet.

The Berks County farms had 29,600 breeding ducks and 14,500 meat ducks, according to U.S. Department of Agriculture data.

The first five cases in the state were contained within a 10-kilometer control zone placed around the first impacted farm in East Donegal Township in Lancaster County. These cases were detected between April 14-26.

Two additional cases in Lancaster County were discovered outside the initial control zone on April 27 and 29. These were in a broiler breeder pullet farm with 18,100 birds and a meat duck farm with 19,300 birds.

A 10-kilometer control zone and 20-kilometer surveillance zone have been established around the Berks County locations. Farms can search for their address to determine whether they are in the control or surveillance zone on the PA Animal Diagnostic Laboratory System website’s Control Zone Address Checker.

Pennsylvania ranks third in most birds impacted by this bird flu outbreak. It’s second to Nebraska, which has lost 4.8 million birds, and Iowa, which lost 13.3 million birds. Nationwide there have been 37.6 million birds lost to preventative culling or the disease itself, according to the USDA. That includes 171 commercial flocks and 112 backyard flocks.

HPAI was detected in a wild bald eagle in Chester County and five ducks in Venango County, in late March.

If you have domestic birds, report sick domestic birds or unusual deaths in your flock 24 hours a day, 7 days a week to the Pennsylvania Department of Agriculture at 717-772-2852 or email RA-ahds@pa.gov.

Sick or dead wild birds should be reported to the Pennsylvania Game Commission at 610-926- 3136 or pgc-wildlifehealth@pa.gov.