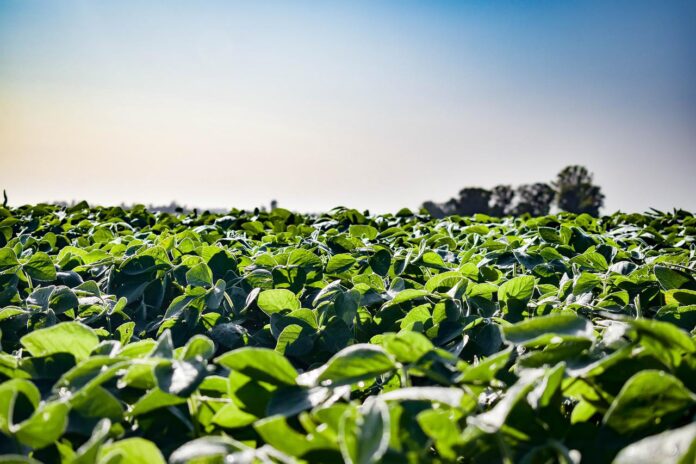 This is the time of year when we worry about the corn crop finishing and the soybean crop filling. Weather reports are usually everything. Not this year. This year, the war in Ukraine dominates thinking, beyond what is reasonable and sometimes in spite of it.

We have discussed in past weeks how the market has been hard to predict, with huge moves that are hard to explain. This week, the moves have been easy to explain but hard to react to. The biggest market mover is the Ukraine situation, again.

Imagine you own a ship that has been stuck in a Black Sea port for months. Your fixed costs, in the form of the actual ship, continue to mount. Your variable costs, such as berthing and paying labor, count up. Maybe you were able to furlough most of the crew, but some remain. Meanwhile, you have absolutely no income.

So Aug. 1, after agreements with the United Nations, Russia, Ukraine and Turkey as an intermediary, one ship began the slow sail out of Odessa, guided with a Ukrainian ship that knew where the Ukrainian mines were. The mines were placed to hinder a quick Russian takeover of Odessa, but Russian military people were surely plotting the course on their maps as the ship exited.

The grain markets treated the ship as if it was evidence that Ukraine would now flood the world with their corn and wheat exports. Except that, in anticipation of shipments, the wheat markets went up 49 cents last week.

What do we actually know? One ship, with brave sailors and owners, has left port bound for Lebanon. Oh yeah, it had corn. In fact, maybe all of the 22 ships reported by some sources to be in Black Sea ports are loaded with corn, since that’s what was being loaded in February.

It is assumed to be going out of condition in the holds and must be shipped before wheat can be put in position for loadout by my understanding. Even the number of trapped ships is in dispute, as one Ukrainian source says there are 68!

What is not in dispute is the basic problem with the market assuming we may now ship 20 million metric tonnes out of the country. That problem is this: how do you talk the owners into sending ships back into the Black Sea, with the possibility of getting stuck there again? And, since the goal is to do this in the four months of the agreements, Ukrainian exporters would have to do this at the pre-war loading rate.

Think about this. The army is now in charge of the ports. (I’m from the government and I am here to help you.) The ports have been damaged by Russian artillery and missiles. The ships are being escorted slowly. Assume the other problems get worked out, this is not possible.

It is a big deal if exports can be accomplished. There are a billion dollars of revenue that will go back to a country that is desperate. Money will trickle down to Ukrainian farmers who can’t plant without getting paid for this crop. Those farmers already have the problem of storing a corn and sunflower crop when they are full of wheat.

It remains to be seen how much corn they managed to produce while under the guns of Russia, or how much of the crop was stolen by Russia.

Here in the states

In this country, we are focused on the normal issues. How was the corn pollination, and will we have good weather in August for the soybean crop. So far it seems that pollination went well in most areas.

The really hot weather that was forecast for late July mostly did not happen. Timely rains in most areas kept the crop going. Remember, the corn crop uses an inch of rain a week, but needs twice that during pollination. It has to rain, or the corn has to pull it out of soil reserves.

Last week, the U.S. Department of Agriculture reported crop conditions that declined three percent, but we were steady this week. In August, the soybeans set pods and fill them. They have the ability to shrug off earlier poor weather if August is good.

USDA reported Aug. 1 that soybean conditions had declined 1% for the week, with 48% of the crop rated good, and 12% rated excellent. Interestingly, the excellent group decreased by 2%.

We had an unbelievable rally. After some large losses that had more to do with the big spec fund liquidation than anything else, we actually gained $1.523⁄4 a bushel for the week. Read that again to try to imagine it. That was actually a gain of $1.80 since the previous Friday. Where does that leave us?

Well, the big selling opportunities are gone. This year’s corn and soybeans should be moved. That does not mean this market is finished with the new crops.

There is reason to believe that both corn and soybean balance sheets continue to tighten. That is, our carryout is getting squeezed with everything that is happening.