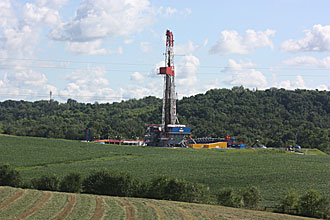 According to Energy Information Administration Acting Administrator Howard Gruenspecht, domestic crude oil production is expected to grow by more than 20 percent over the coming decade.

Over the next 10 years, continued development of tight oil combined with the development of offshore Gulf of Mexico resources are projected to push domestic crude oil production to 6.7 million barrels per day in 2020, a level not seen since 1994.

In the new forecast, the natural gas share of electric power generation increases from 24 percent in 2010 to 27 percent in 2035, and the renewables share grows from 10 percent to 16 percent over the same period.

In recent years, the U.S. electric power sector’s historical reliance on coal-fired power plants has begun to decline. Over the next 25 years, the projected coal share of overall electricity generation falls to 39 percent, well below the 49-percent share seen as recently as 2007, because of slow growth in electricity demand, continued competition from natural gas and renewable plants, and the need to comply with new environmental regulations.

World oil prices rise, as pressure from growth in global demand continues. In 2035, the average real price of crude oil in the projected case is $146 per barrel in 2010 dollars.

The fossil fuel share of energy consumption falls from 83 percent of total U.S. energy demand in 2010 to 77 percent in 2035.

The projections include only the effects of policies that have been implemented in law or final regulations.