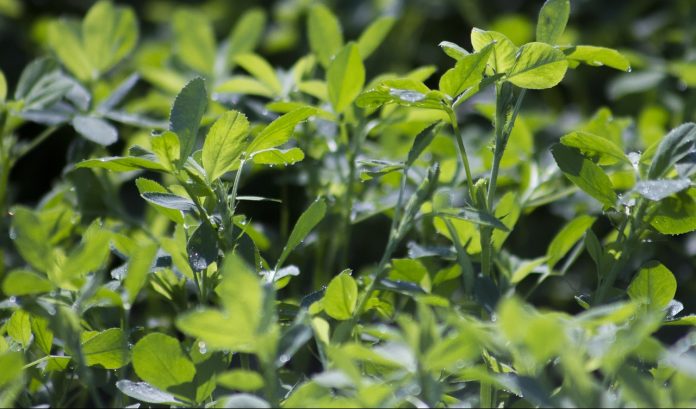 ITHICA, N.Y. — Farmers in New Mexico, Texas, Ohio, and Michigan want to know more about a crop pest solution developed on farms in Northern New York and in the Shields Lab at Cornell University.

Initially developed to protect the alfalfa crops so critical to the Northern New York dairy industry, using biocontrol nematodes as a non-chemical management practice has shown promise for reducing not only damage by alfalfa snout beetle but by other field crop and fruit pests.

They are trying to reduce the alfalfa snout beetle populations that were frequently destroying entire fields of alfalfa in one season.

If soil samples analyzed this fall by the Shields Lab show establishment of the microscopic biocontrol nematodes in the trial plot in northeastern New Mexico, the research will be expanded to include the potential to control white fringe beetle and longer-term persistence studies.

In West Texas, near Dalhart, a biocontrol nematode trial was established in May 2017 in a cornfield with severe corn rootworm populations.

Rootworm populations in the area are suspected of becoming resistant to the various Bt-rootworm toxins incorporated into corn varieties.

Shields said they did not expect any positive results from the West Texas trial until 2018, but the biocontrol nematodes reduced the rootworm feeding damage by two-thirds compared to conventional corn planted without soil insecticide.

The NY-native nematodes performed beyond expectations under the extremely heavy pressure.

Shields and his colleagues in Ohio and Michigan are awaiting response to a USDA grant request to test the NY-native biocontrol nematodes against corn rootworm in those states and to continuing the promising field work in Texas.

Northern New York farmers on 100 farms have applied the biocontrol nematodes to more than 19,000 acres of alfalfa as of September 2017.

In June 2015, a Russian delegation representing the largest milk producer in Russia and Europe traveled to Northern New York specifically to meet with Shields and tour regional farms seeing the results of applying the biocontrol nematodes.