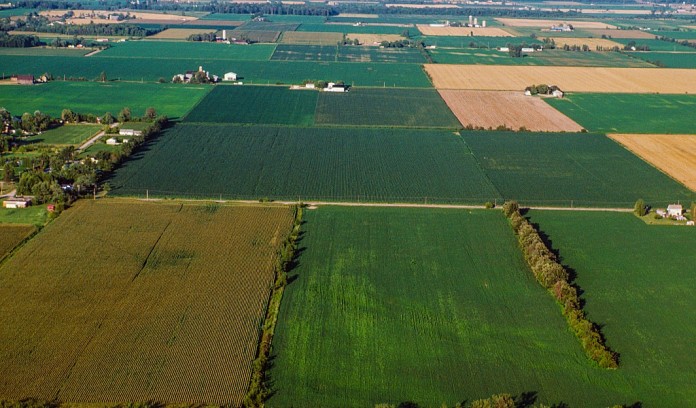 It is hard to explain what those in the grain business witnessed last week. We anticipated a U.S. Department of Agriculture grain stocks report and acreage report that could move the market and anticipated some specific possible changes.

Then, on June 30, we saw the reports and got mixed reactions from traders. The corn acres and corn stocks came in close to expectations. Corn acres are now believed to be 89.921 million, a slight bump from the average guess of 89.961 million. The June 1 grain stocks were reported at 4.346 billion, versus the 4.43 guess.

The soybeans stocks were a ho-hummer. The shock came from soybean acres. USDA planted soybean acres came in at 88.325 million acres, which was more than two million acres less than expectations. This could be said to be an unexpected wildly bullish surprise since the average trade guess was 90.446 acres.

There had been advisors warning of soybean cuts of at least one and a half million acres, mostly because of planting problems in the Northwest Corn Belt. It would appear they were right. The reaction to prices was hard to take, however.

The expectation would be for wildly higher prices since our ending stocks were already expected to be tight. It didn’t happen. The best that can be said is that the market was trading outside news, and the USDA reports were ignored.

The best reason for the ugly markets is the general panic in financial markets. The talk for a long time is that the Fed would continue to raise interest rates. Now we are seeing the second quarter GDP of negative 2.1 percent.

This had analysts reversing themselves and predicting interest rates being lowered to prevent a recession, which might already be upon us.

As I heard one observer this morning, “commodities do not do well in a recession.” In fact, the Bloomberg commodity index lost 14 points in June, the largest decline in 11 years.

Whatever the reason, fund traders ran away from the markets and sold corn and soybeans. The volume of their trading was enough to overwhelm the markets, even with bullish news in the soybeans report. It is also hard to reconcile the drop in prices with condition reports from around the country.

In many places, the crop was planted late, and in poor conditions. Nothing good happens when the crops are mudded in, except for the fact that they are in. Now we are seeing if the crops can catch up. In many cases, we are dealing with replanted corn and beans, which are now very late.

I heard a discussion with a North Dakota farmer who is dubious that the crops can get finished before his Sept. 10 normal frost date. This may not seem like a big deal, but remember that North Dakota is now our number four corn state!

Adding to the worries about the late and poorly planted crops are the forecasts for heat over the entire country. We are just getting enough spotty rains to keep the crops going in some areas, and hot weather will deplete the soil moisture and stress the crops just as they are pollinating. Some have started already.

The current and predicted conditions would seem to indicate that we can see a rebound in prices. It would be nice if the grain markets would at least trade on things going on that are directly affecting them, not world geo-politics.

Almost lost in the corn and bean wars is the continued crash of wheat prices. All three classes are down dramatically with Chicago Soft Red Winter Wheat down $1.10 for the week and $2.19 for the month.

Chicago wheat is now the cheapest in the world, but that has not been reflected in trading so far. We are anticipating an increase in export contract, particularly at these reduced prices, but it is not happening yet.

Also of crucial interest to farmers is that the price of natural gas in Europe rose this week to over $40 per MMBtu. Part of this is due to an explosion at a major LNG facility in Texas last month.

We are committed to sending gas to Europe to counter Russian sales, and this is really hurting the export volume at this moment. The impact on the U.S. is that Europe is being priced out of the ability to produce nitrogen fertilizer at these natural gas prices.