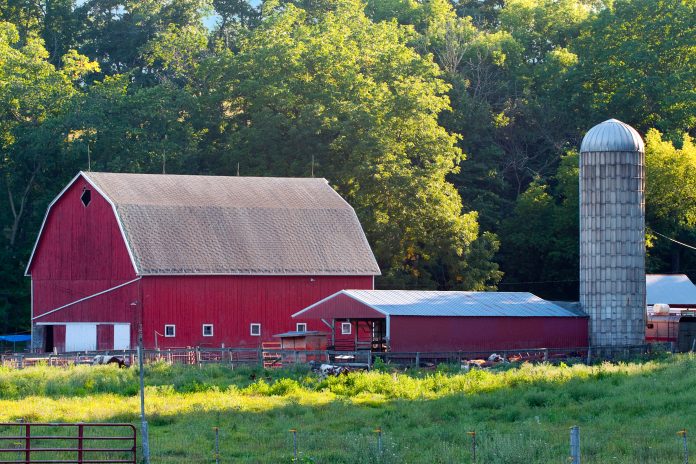 * The U.S. Embassy and Consulates in Mexico announced that it is suspending routine immigrant and non-immigrant visa services beginning March 18 in response to the global pandemic COVID-19 and the Mexican government’s call to increase social distancing. It will continue providing essential consular services to U.S. citizens and emergency visa services. For information on the H-2A visa program and COVID-19, visit www.farmers.gov/manage/h2a.

The proposed new guest worker program would be administered by the U.S. Department of Agriculture instead of the Department of Labor, like the current H-2A program.

A previous agricultural labor bill, the Farm Workforce Modernization Act, received support from nearly 300 farming organizations in a letter in November 2019, and passed the House, Dec. 11. It was received in the Senate, Dec. 12, and was referred to the Committee on the Judiciary, where it sits now.

Industry experts say that there aren’t enough U.S. citizens willing to work in agriculture to meet the industry’s needs.

The H-2A program was introduced in the 1980s as a way for farmers and other agricultural employers to hire temporary immigrant workers. The dairy industry has been largely unable to use the H-2A program because dairy farmers need year-round workers.

“That’s what makes it so essential to get something done on this,” said Paul Bleiberg, vice president of government relations with the National Milk Producers Federation, which supported the Farm Workforce Modernization Act.

Both the newly-introduced bill and the Farm Workforce Modernization Act would allow dairy farmers to hire year-round workers.

The Farm Workforce Modernization Act does this by adding a year-round program within the H-2A program, but would have a yearly cap on the number of visas that could be given out through that program.

The new bill does this by creating a new program that does not have a cap on year-round visas.

The current H-2A program requires employers to offer housing at no cost to H-2A workers and provide transportation between the housing and the work site. The program the new bill proposes, however, specifically states that the employer would not have to provide housing or transportation to the workers.

United Farm Workers argued on its website that the new bill would be harmful to farm workers, because it does not guarantee transportation and housing and does not include a path to citizenship.

The USDA believes almost half of hired crop farm workers from 2014-2016 were not authorized to work in the U.S.

The new bill does not offer a path to citizenship, but it does allow unauthorized workers who have worked a certain number of hours in the last two years to apply for the proposed new program, if they pay a $2,500 fine.

Immediate family of these workers would also be eligible to stay if the worker is accepted and enrolled in the program. With this status, workers can then apply for citizenship.

The Farm Workforce Modernization Act, by contrast, proposes to create a certified agricultural worker status that unauthorized workers could apply for. Workers who qualify could eventually apply for green cards.

The proposed program still has requirements for wages, but it takes the Adverse-Effect Wage Rate out of the equation.

The American Farm Bureau Federation specified a “complicated wage methodology” as one of its concerns about the Farm Workforce Modernization Act, when it passed the House in December.

“Although the bill provided limitations on increases from year to year, the [Farm Workforce Modernization Act] continued the concept of an Adverse Effect Wage Rate and did not go far enough to ensure American farmers could remain economically sustainable,” Allison Crittenden, farm bureau’s director of congressional relations, told Farm and Dairy in an email.

The new bill also proposes to reform the H-2A program in several ways. For one, it would move administration over to the USDA. It would eliminate the seasonal requirement for employers, adjust the wage structure to be similar to the new program — taking the Adverse-Effect Wage Rate out of the equation — and prevent extensions of stay for H-2A workers.

It also seeks to make it easier for employers to hire H-2A workers with staggered start dates and expedite H-2A applications for workers who have already had two consecutive petitions approved.

Farm bureau does not currently have a stance on the bill. Crittenden said Yoho talked to the organization and many other agricultural groups and farmers over the last year about labor challenges in agriculture.

Some organizations are continuing to support the Farm Workforce Modernization Act and encouraging the U.S. Senate to move forward with a matching bill of its own.

“I think what we really need to see is the Senate go through its own process,” Bleiberg said.

Bleiberg said the federation was aware that Yoho was working on a bill, but has not been heavily involved. The federation is still reviewing the new bill and does not have an official stance on it yet.

United Farm Workers said that it was not consulted on the new bill. The organization’s president, Teresa Romero, said in a statement that the group opposes the new bill.

“The [Farm Workforce Modernization Act] was the product of lengthy and serious negotiations between Democratic and Republican lawmakers, the UFW and the nation’s major grower associations. That is why it addresses the top concerns of both farm workers and employers,” Romero said.

There have been discussions in the Senate with both Republican and Democratic senators, Bleiberg said. Proponents of the bill are hoping to get a bill in the Senate this spring, before it gets too close to the presidential election.