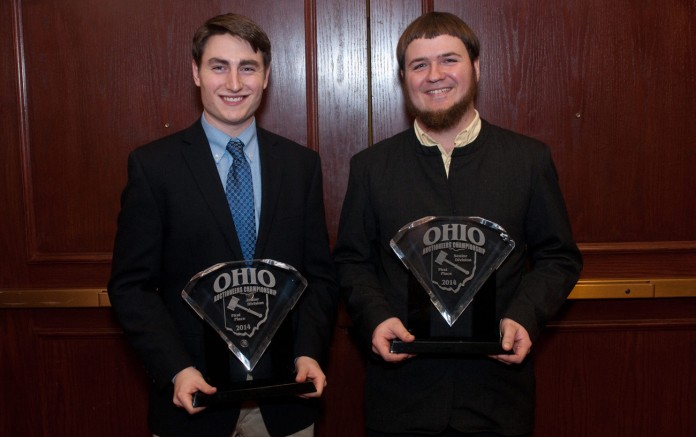 DUBLIN, Ohio — Auctioneers from across the state convened this past weekend for the Ohio Auctioneers Association (OAA) annual conference. The conference was held Jan. 17-19 at the Marriott Northwest in Dublin, which was sponsored by the Real Estate Showcase.

Highlights of this year’s conference included the Ohio Auctioneers Championship, auction marketing awards, Hall of Fame inductions, a children’s auction, the presidential luncheon and the election of the board of directors.

Throughout the weekend, auctioneers were presented with educational seminars from industry leading auctioneers and presenters.

This year the OAA was honored to have the first, Paul C. Behr and the twenty-fifth, Andy White, who is current champion for the International Auctioneers Champion as presenters.

The highest award conveyed to an auctioneer in Ohio is an induction into the Ohio Auctioneer’s Hall of Fame. John Muncy, of Muncy and Associates, New Lebanon, Ohio was inducted into this year’s Hall of Fame class.