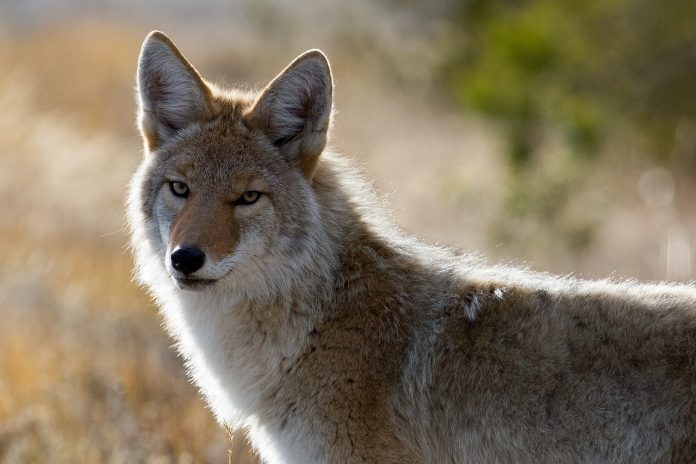 Coyotes are the new kids on the block in Ohio. They only became common in the state about 30 years ago, and they’re now one of Ohio’s top natural predators. But in many ways, they’re still a mystery to farmers and wildlife biologists alike. Ohio State University researchers are trying to solve part of that mystery.

Most of the research on coyotes has been done in the western U.S. But the ecosystems in that region, and the ways people farm, are very different from Ohio, so it’s hard to know how much of it applies to coyotes in the state. Ohio State researchers are studying how coyotes fit into Ohio’s ecosystem, and how farmers can manage them to protect their flocks and herds.

“We need to be able to have practical information to help producers, and to help them manage or minimize the conflicts,” said Stan Gehrt, professor and wildlife extension specialist with Ohio State.

The research project is a five-year study, funded by the Ohio Department of Natural Resources Division of Wildlife, that started in July of 2021.

“In the grand scheme of things, coyotes are relatively new to the state,” explained Katie Dennison, wildlife biologist for the division of wildlife. “There’s really a lot of basic ecology of coyotes in the state that we would benefit from having a better understanding of.”

The first records of coyotes in Ohio, she said, were in the early 1900s. But coyotes weren’t common in the state until the 1990s.

Dennison said coyotes are currently the only furbearing species that doesn’t have a limited season in Ohio. There are no proposals to change that right now, and haven’t been since the ODNR tabled a 2020 proposal to limit coyote hunting and trapping after farmers said it would keep them from managing coyotes that preyed on their livestock.

Dennison said the division of wildlife is hoping the project will help them better understand the impact coyotes have on livestock producers, and will allow the division to provide science-based recommendations for managing coyotes and protecting livestock.

Coyotes moved to the state on their own, and it’s something of a “natural experiment” in Ohio and other eastern states, Gehrt said. That’s because there are big ecological differences between Ohio and the western U.S. Ohio is of part of the Eastern Deciduous Forest ecosystem, and has more of a mix of open space and fragmented forests than out west. Livestock production is also different, Gehrt said.

Sheep, the main livestock he is focused on, are raised in flocks of thousands over many square miles of private and federal land in the west. In Ohio, sheep operations tend to be smaller — with dozens or hundreds, not thousands, of sheep — and cover smaller areas.

In the west, a single sheep operation could span across many different coyote territories. In Ohio, it may not even span the complete territory of one coyote pack.

The first steps of the project involve getting some basic information about coyotes in the state, Gehrt said. The researchers are collecting coyote carcasses from hunters and trappers and from the division of wildlife’s roadkill surveys.

The animals’ diets can help researchers understand how significant livestock are as a food source for coyotes, and whether that varies in different parts of the state.

Researchers will also track coyotes that live near livestock operations, to learn more about the size of their home ranges, habitat use and survival rates and how they interact with livestock at different times of year, Dennison said.

Then, the researchers will transition into studying the damage coyotes cause or the conflict they have with livestock farmers. For example, they want to identify which coyotes are most likely to attack sheep, and whether there’s a pattern to their attacks. Some of that involves working directly with farmers.

Gehrt is hoping to work with farmers to test some management techniques that have been used out west. One technique he wants to try involves hanging mylar plastic from fence lines. When the wind blows, the plastic moves, and that should make predators like coyotes less likely to want to cross the fence line.

“It doesn’t work forever, because they’ll figure out it’s not a threat,” he said. “But for a certain number of weeks of months, it might be effective.”

He also suspects it could work better in Ohio than out west because farms tend to be smaller in Ohio, so hanging plastic around a fence line may be more feasible. Learning more about which coyotes are most likely to attack livestock, and which livestock they tend to prey on, will also help researchers decide what strategies to try.

While a lot of research is focused on how coyotes interact with livestock operations, farmers aren’t the only ones who may be able to learn from the results. In addition to farmers, Gehrt has heard from hunters who are interested in learning more about coyotes and how they interact with Ohio’s wildlife.

And coyotes can be a problem in urban areas as well. In fact, their survival and reproduction rates go up in suburban and urban areas, where people are more limited in hunting and trapping them, Gehrt said.

“The food supply is so abundant that they can increase litter sizes,” he said. “They have both natural food in the cities and suburbs … then also have plenty of access to human foods.”

The issues people have with coyotes in cities and towns mirror issues in rural areas. Coyotes can prey on pets, just like livestock.

And when coyotes prey on sheep out west, often, specific animals are responsible for the problem, rather than coyotes in general. The same is true for coyotes that prey on pets in urban areas. Sometimes, getting rid of problem coyotes is more effective than getting rid of all of the coyotes in an area.

“We don’t know if that’s true for sheep production in rural Ohio,” Gehrt said. “But there are a lot of parallels for conflict and principles across different systems.”