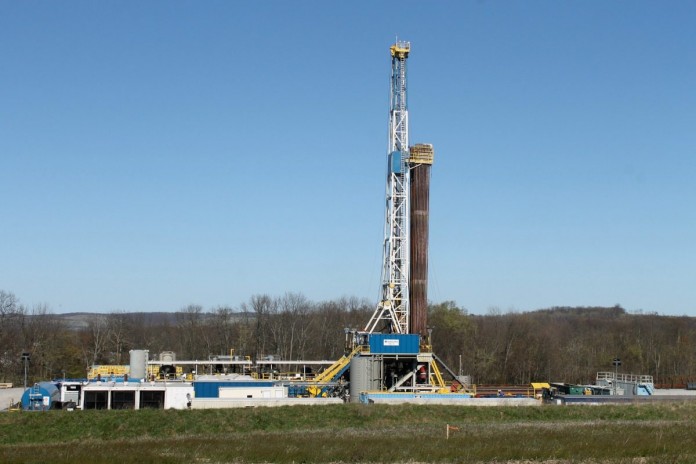 HARRISBURG, Pa. — One oil and gas driller has come under fire in Pennsylvania for excessive royalty deductions, but proposed state legislation could protect landowners in a similar position.

Chesapeake Energy is under scrutiny by top Pennsylvania officials, after Pa. Gov. Tom Corbett sent a letter in mid-February to Chesapeake about its business practices involving royalties.

In Pennsylvania, House Bill 1684 has been introduced by state Reps. Garth Everett, Matt Baker, Sandra Major and Tina Pickett, to ensure there are limits on post production costs. While some leases call for royalties to be paid at the well head, some leases ask for “net royalties” to be paid, which means the costs incurred for transportation, dehydration and compression can be deducted from the landowners’ cut.

Another piece of legislation, however, authorizes the oil and gas company to use the net back method for gas and oil calculations, which often reduces the amount a landowner should receive, below the state minimum royalties.

“As the gas development continues, more people are recognizing they might not be getting treated the way they anticipated they would by the oil and gas leases they signed,” said Everett.

“It will help. It’s not the silver bullet, though.”

Through the state’s Guaranteed Minimum Royalty Act passed in 1979, Pennsylvania requires that landowners get a state minimum royalty of one-eighth.

Robert Burnett, an attorney with the law firm of Houston Harbaugh, said his firm has been fighting on landowners’ behalf in several cases involving post production costs for gas production and royalties.

Everett said H.B. 1684 will use a version of the First Marketable Product Doctrine that will be Pennsylvania based.

The First Marketable Product Doctrine is developed by court decisions, not lawmakers, and is currently used in five states including West Virginia, Colorado and Kansas. It is designed to get the landowner the money paid at the first possible spot for sale.

However, Burnett feels the First Marketable Product Doctrine may cause more confusion and create even more backlog in courts because the point of sale will be debated.

While the attorney says he supports the intent and objective of H.B. 1684, he doesn’t believe relying on the First Marketable Product Doctrine is the right approach.

“If this bill is adopted in its current form, I actually think it will result in lower royalties being paid to landowners and will cause more confusion and uncertainty with respect to royalty valuation here in Pennsylvania,” Burnett said.

Rep. Everett said the language in H.B. 1684 will mean the royalties will be based on where you sell the gas, which will mean where the gas enters the “gas grid.”

“I think it’s fair to the industry. They still get their seventh-eighths. We just want to make sure landowners get their one-eighth and get treated fairly,” said Everett.

He said he wants this legislation to end gas and oil companies using production costs to get around paying minimum royalties.

However, Burnett thinks there is a better approach then H.B. 1684, and thinks lawmakers should amend the Pennsylvania law and redefine the meaning of royalty.

Until then, he advises landowners to get a “gross royalties” clause before signing a new lease. He expects this to be a growing problem in western Pennsylvania once drilling ramps up.

Everett said H.B. 1684 remains in the environmental and energy committee, but he expects it to move out of the committee and be scheduled for a vote in March.

Meanwhile, state Sen. Gene Yaw has introduced a package of three bills, known as the Oil and Gas Lease Protection Package. Yaw said the senate bills are aimed at giving landowners more tools to investigate what and how they are being paid in their royalty statements.

He said the bills have just been introduced and hopes the bills will move when the state Senate goes back into session.

Senate Bill 1236 would expand upon the Oil and Gas Lease Act by letting royalty interest owners inspect records of gas companies to verify proper payments. Information provided by a gas company would not be disclosed to any other person, other than a current leaseholder.

Senate Bill 1238 would require a gas company to record a satisfaction piece in the county Recorder of Deeds office where the oil and gas well is located, within 30 days upon expiration, termination, or forfeiture of an oil and gas lease.

The satisfaction piece will release the gas company’s interests in the oil and gas.

One thing that Yaw made clear is that he wants to find solutions to the issue.

“I don’t care how the problems are solved. They can be solved legislatively, through litigation or administrative investigation, but the key is getting them solved,” said Yaw.