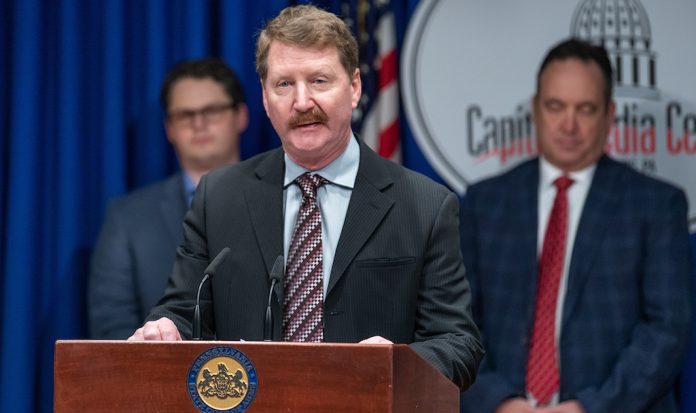 HARRISBURG, Pa. — Pennsylvania state Sen. Elder Vogel Jr., a fourth generation farmer and chairman of the Senate Agriculture & Rural Affairs Committee, introduced legislation that is intended to encourage existing farmers and landowners to work with beginning farmers to help them get started.

Senate Bill 478 would create a personal income tax credit for landowners who lease or sell their land, buildings and equipment to beginning farmers.

For every four farmers in Pennsylvania over 65, there is only one farmer under the age of 35, and of the 7.7 million acres of farmland across Pennsylvania, 11 percent of that land is expected to transfer in the next five years.

“My legislation provides an incentive for landowners to lease or sell their land, buildings and equipment to beginning farmers,” said Vogel, who operates a family farm in Beaver County that was established in the late 1800s.

The legislation requires all leases be enforced through written agreements and that the sale of property be for fair market value in order to qualify for the tax credit.

Vogel’s bill is modeled after a program in Minnesota. In the first year of its program, Minnesota offered $2.3 million in tax credits to nearly 450 landowners, he said.

“The number one concern faced by new farmers is finding affordable farmland and I believe the state can be proactive in helping them overcome that hurdle,” the Republican senator said.

“We work to entice companies to do business in Pennsylvania,” said Senate Majority Leader Jake Corman, R-34, who joined Vogel at a news conference introducing the bill. “This bill does the same thing for agriculture and young farmers.”

The bill is supported by the Pennsylvania Farm Bureau and the National Young Farmer Coalition.

“Over and over we hear from young farmers who are hindered from establishing their own businesses due to the lack of affordable land to buy or rent,” said Pennsylvania Farm Bureau President Rick Ebert, who operates a dairy farm in Westmoreland County. “We are hopeful that the legislation will reduce some of those roadblocks.”

Vogel said there are specific criteria defining who can qualify as a beginning farmer, including the exclusion of individuals who have engaged in farming for 10 years or longer.

The bill, which was assigned to the senate Finance Committee March 26, currently has 13 bipartisan co-sponsors, in addition to Vogel.