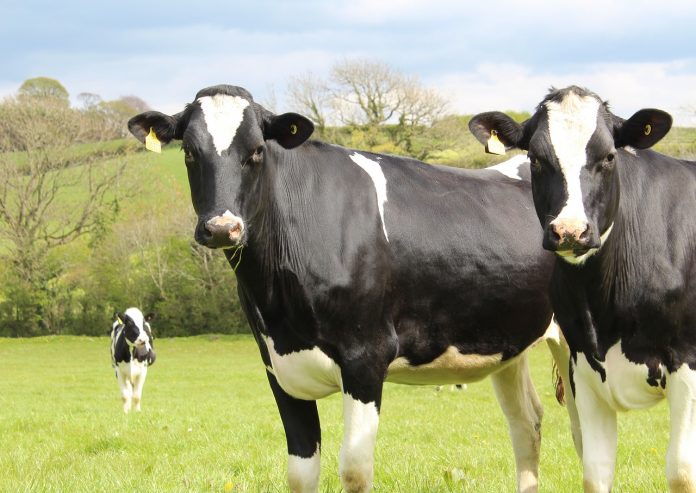 There are photos on social media of dairy farmers dumping milk down the drain because processors have no market for it. At the same time, photos are appearing of grocery stores signs saying customers must limit their milk purchases.

It’s complicated, but basically the industry got turned on end when the COVID-19 crisis hit the U.S. People in the industry are working to right the ship, but it’s been a challenge to pivot quickly enough.

At first, people stocked up on dairy products, especially fluid milk, like never before. That left empty shelves in the dairy section. Grocery stores responded by setting quantity limits on milk purchases so they didn’t run out again.

Zippy Duvall, American Farm Bureau Federation president, said on a media call April 3 that he personally reached out to Walmart asking them about their milk purchasing limits.

It’s gotten to the point that the American Dairy Association Mideast is asking people to report stores in Ohio and West Virginia that are putting quantity limits on milk purchases. If you see a store limiting milk purchases, take a picture, note the location, date and time and send it to Erin.Brown@Drink-Milk.com.

What’s going on at grocery stores is an issue of incredibly high demand, not low supply. The U.S. does NOT have an issue with milk supply. If you like drinking milk, that’s the good news. There’s lots to go around. That’s also the bad news.

Many dairy processors lost markets for their milk and other products as schools and restaurants were forced to close. Food service, schools and universities are big customers for many processors.

On top of that, milk production in cows naturally rises in the spring. It’s called the “spring flush.”

Hence, the surplus of milk. Milk, being a highly perishable commodity, can’t just sit around in a silo until the market recovers and schools reopen.

While milk can be diverted over to be put in half gallons and gallons — which seem to be in demand with lots of families stuck at home — making that switch takes time. Some processors can’t take on anymore, so they’re asking farmers to dump some of their milk.

Dairy plants are also dealing with the same issues other businesses are with keeping the workforce healthy. Employees are calling off sick or due to lack of childcare issues (since the schools are out, remember). Some plants are doing modified runs to allow for social distancing and taking more downtime to ensure proper sanitization to protect employees.

That also doesn’t help processors with products that were already packaged for schools and food service customers, like milk in half pint cartons or shredded cheese in bulk.

One question that’s popped up is why can’t milk be donated to a food bank instead of being dumped? Well, because it still has to be processed first. That’s an issue if processors are having trouble keeping up as is. Milk and other dairy products are being donated when and where it’s possible, but that’s not a solution for every dairy.

In response to these issues, the U.S. Department of Agriculture said it would relax some rules within the Federal Milk Marketing Order program if requested, including allowing milk to be dumped and still priced and pooled on the order to limit financial impacts on producers. That doesn’t guarantee farmers will be paid for dumped milk, but it’s the first step in the process.

The Ohio Department of Agriculture issued guidance to farmers on how to properly dispose of excess milk. That guidance can be found here.