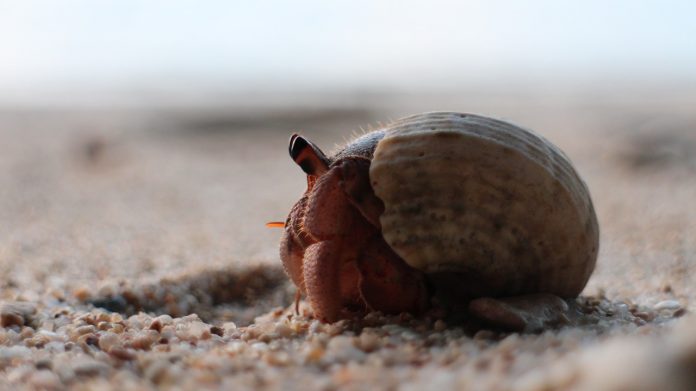 “Hey man, I’ll give you a deal. A bucket of ping pong balls for $5. Win your little girl a goldfish.”

The sales pitch varies from one carny to the next, but the idea is the same — get a smoking deal to win your child a pet neither of you really wanted. Then it’s followed by a familiar routine of begging, pleading and promises to care for the creature you haven’t yet won.

Incidentally, my parents never gave in to the requests to play games for live prizes, which were usually goldfish. The general rule was if it had to live in a cage or a tank it was not coming home. I always thought I’d be that kind of parent, too, but a guinea pig and two hermit crabs later, and I’m certain that’s not the case. To be fair, the hermit crabs came home with Vayda from dad’s house after a night at the carnival. I’m still wondering, when did they update the prizes?

Goldfish are one thing, but hermit crabs are another level of commitment. Although carnivals, fairs and souvenir shops near the beach are trying to pass them off as the everyman’s pet, they are far from it. Oh, and that starter kit that came with your new pet is basically death trap, perfect for ensuring slow suffocation as their delicate gills dry out.

So how do you take care of your new friends without condemning them to a slow and miserable death? Consider what’s available in their natural habitats and make sure they have access to the resources they need for survival.