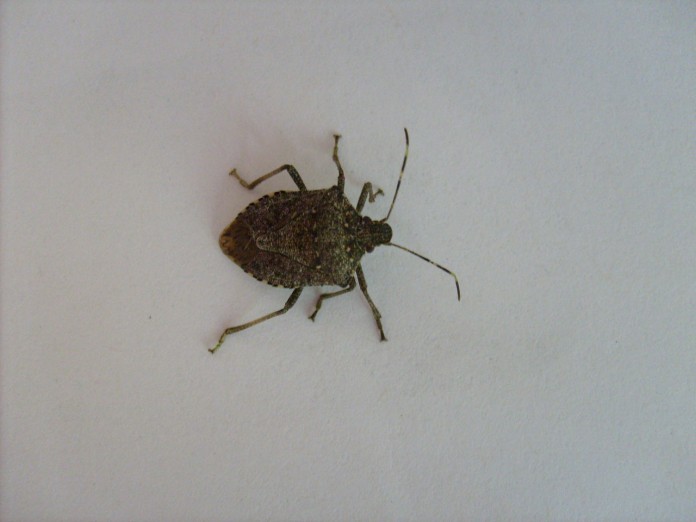 Once again, stink bugs have been invading our homes this fall. Sure, they really aren’t harmful, but they tend to travel in packs and, obviously, as their name implies they stink.

Getting rid of them indoors can be a chore. If you smash them, they stink. If you vacuum them, they stink up your vacuum and more than likely will escape and come right back. Even methods like making and setting homemade traps, scooping them into bowls of water mixed with dish soap or waiting for them to freeze in a Ziploc bag can be tedious.

Let’s face it, nobody has time for that.

The best way to stop an infestation is to keep stink bugs from entering homes and buildings in the first place.

Stink bugs seek shelter when the temperature starts to drop, so they can stay warm during the winter  and enter a type of hibernation called diapause.

They have not been known to cause structural damage to homes and they don’t reproduce indoors, bite or transmit disease. They’re simply looking for a place to sleep until they can reemerge in the spring.

Once they’ve found a way in and located a site suitable for overwintering, stink bugs will release a chemical to attract others to the area. This is why they are generally found in groups.

Taking care of an infestation can feel like a daunting task — it takes time to capture and drown or freeze them, while being careful not to crush them.

Similarly, stink bugs have shown a resilience to most pesticides. Although you can call an exterminator and pay a pretty penny to have your problem solved, it won’t get rid of them for good. And it’s not always the best idea to utilize pesticides indoors.

Is there no quick, clean, safe and cost-efficient way to get rid of these little buggers? Your problems have been solved. I’ve finally reached that eureka moment.

Cutting to the chase

I recently stumbled on a method that actually works. It’s safe to use indoors, it’s quick, it doesn’t make a mess and it’s inexpensive.

Combining hot water, white vinegar and dish soap in a spray bottle will get the job done with very little fuss.

First, pour 2 cups of hot water in the spray bottle. Then add 1 cup of vinegar, followed by 1/2 cup of dish soap. Combining the ingredients in that order will help you avoid suds. After everything is in your bottle, put the nozzle on and give the concoction a gentle swirl to mix it up.

Spraying them directly will kill them in a short amount of time. All of the ingredients are regularly used for cleaning, so you won’t get your house dirty in the process. You may have some drying to do following the extermination, but it’s a relatively hassle-free process.

Let’s get rid of some stink bugs!