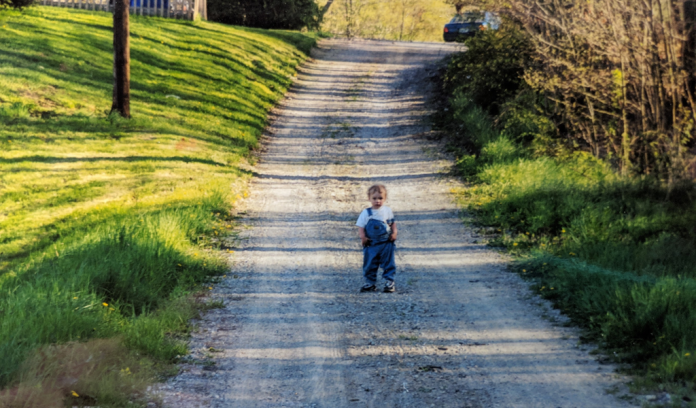 “Study finds time outdoors can lead to better-behaved, happier kids” read the headline in my social media news feed. I use the term “news feed” loosely here. Most of what I see on social media is complaints about poor service, advertising for something my spy phone overheard me discuss, and cute cat videos

The study, with ties to Cleveland Clinic Children’s Hospital, went on to say that “Researchers found that kids who were more connected to nature had better moods and behavior, showed less stress and had better social skills.”

See also: “Duh.”  I always love when science conspires to tell us something we already know. In other “news:” water is wet, the sky is (sometimes) blue, and too much wine will make you fat — and happy.

As an avowed “A little dirt never hurt” parent I always liked to think that exposure to outdoors boosted our children’s growing immune systems and made them healthier as a whole. I know sending them out to play really benefited my mental health a time or two.

As for improved social skills, any kid who knows when to tell his friends “we better go outside before mom (or dad) blows up” is a leader among his peers. That kid is going places. Most notably, outdoors before everyone gets in “big, big trouble mister.” Not to mention that being able to lead outdoor adventures from building forts to fairy houses is a pretty neat skill to have.

Empathy comes from spending time outdoors as well. We have come home to find our preteen out in the nearly 100-degree heat repairing a pasture fence because he knew that it was too hot for the goats to get out — and too hot for him to want to chase them if they did. He had experience in that vein. It was safer for all involved if he just went ahead and made sure that didn’t happen. You don’t learn that kind of initiative sitting on the sofa.

Neither rain, nor snow, nor sleet or hail will keep a person in charge of human or animal health and wellness from their appointed rounds. Learning to care for livestock, equipment, or just shoveling an urban or suburban sidewalk so mom doesn’t break a hip really lessens the energy left for shenanigans as well. I think it may be why so many outdoors, rural kids seem to be pretty good. Perhaps they simply don’t have time to run amuck?

Of course, not all time outdoors has to be devoted to chores and drudgery. Who among us doesn’t recall playing in the sprinkler or the snow drifts depending on your location? In the Midwest that could sometimes be both on the same day of course.

Staying active and running and jumping and playing in UNSTRUCTURED ways (mandatory practice while parents and coaches oversee every move does not count) is key to a happy childhood if you ask me. Both imagination — and grass — grow best outdoors.

I grew up in a tried and true “go outside and play” family. I think most people did. My aunt, in particular, would wave her hands at any children laying around indoors and jokingly yell “slugs. You’re all slugs! Get outside!” At least I think she was joking? Still, it worked. I was a sedentary, reading sort of kid for the most part but even I recall many outdoor adventures. We leaped off rocks and climbed trees and dragged snowballs into bigger snowballs until we ended up exhausted and thoroughly happy. Decades later we remember our tree forts, creaky old swingset, and chasing fireflies at dark.

I do not believe that most of us needed a study to tell us that children should play outside. It is healthy sometimes to feel the nip in the air or the sweat on their skin. Healthy, growing kids should be encouraged to roll in the grass and dig in the dirt. They should make mud pies and messes in equal measure.

Frankly, if you didn’t have times in your childhood when you needed hosed off before being allowed in the house, I feel a little sorry for you. As both science, and our grandparents, would tell us: A little old fashioned healthy dirt can be good for growing children and other beautiful things.