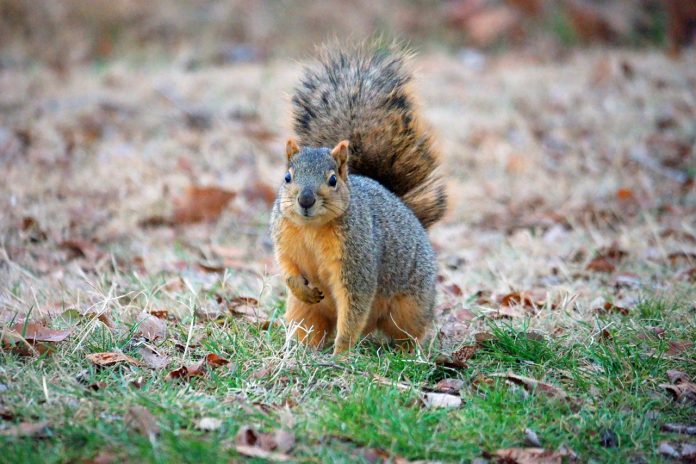 Life in the natural world can be harsh, especially when environmental conditions change. Species that specialize in certain foods or habitats or require particularly large expanses of land become rare or even die out.

Passenger pigeons, Kirkland’s warblers, grizzly bears and hellbenders come immediately to mind. Adapt or die is the law of the land.

Species that can adjust to changes in habitat or food availability can thrive. Think white-tailed deer, coyotes, raccoons, opossums, song sparrows and chickadees.

Among the most adaptable species are gray and fox squirrels. Originally these arboreal rodents inhabited deciduous forests from the east coast to the Mississippi River.

As Europeans colonized North America, they rolled with the punches. They did well in open woods.

And when the chestnut blight destroyed their favorite food, they switched to acorns, hickory nuts, walnuts and beechnuts.

If you need convincing and live near a wooded area, watch for squirrels at your bird feeders. When they are not helping themselves to sunflower seeds, they are busy chasing each other.

These single-file pursuits can continue — up one tree, down another, along a fallen log — for an hour. After a short rest to devour an acorn or grab a few sunflower seeds, the chase resumes.

All the while the squirrels scold each other with a repetitious series of guttural barks. These “squirrel races” actually represent one of the early stages of squirrel courtship.

Chasing females is an important part of the ritual. With occasional breaks for food and rest, these chases continue for several weeks.

Eventually the female accepts the overtures of the male that stays closest to her. In nature, persistence pays dividends.

Gray and fox squirrels mate in January. The breeding biology of these squirrels is similar. Gestation is surprisingly long for such small rodents.

Litters of two to five kits (average three) are born in a tree cavity lined with leaves 44 to 45 days after mating.

Birthing peaks in mid-March. Newborn squirrels measure about 2 inches in length and weigh about 1/2 ounce.

The young develop slowly. Baby squirrels open their eyes at four to five weeks and wean at about eight weeks. It’s usually May before young squirrels can be seen scampering in treetops.

They remain with their mother another four to five weeks before she prods them to independence.

By the time momma squirrel bounces the kids, she’s ready to start all over.

Another series of chases ensues in early June and leads to a second litter in July or early August. In years following a poor nut crop or a severe winter, females forego the summer litter.

If you’re not familiar with them, gray and fox squirrels can be difficult to distinguish. Grays are smaller, a pound and a half, and have an overall grayish cast that contrasts with a white belly.

Their tails have a frosted look because the tips of the tail hairs are white.

Fox squirrels weigh about 2 pounds, are a grizzled rusty brown, and have rusty bellies. Their tails are not frosted.

Melanistic forms of both species are not uncommon. “Black” squirrels are not a distinct species; they are dark forms of gray and fox squirrels.

Melanism, essentially an overdose of dark pigments, is under genetic control, so populations of black squirrels tend to be local and isolated.

Nature frowns on individuals that stand out in a crowd — they’re easy for predators to spot.

Though nuts are squirrels’ favorite foods, they are not available in spring and early summer. At those times squirrels broadened their diet to include fruits, berries, fungi, corn, insects, bird eggs and even small nestlings.

When birds are nesting, squirrels can be birds’ worst nightmare.