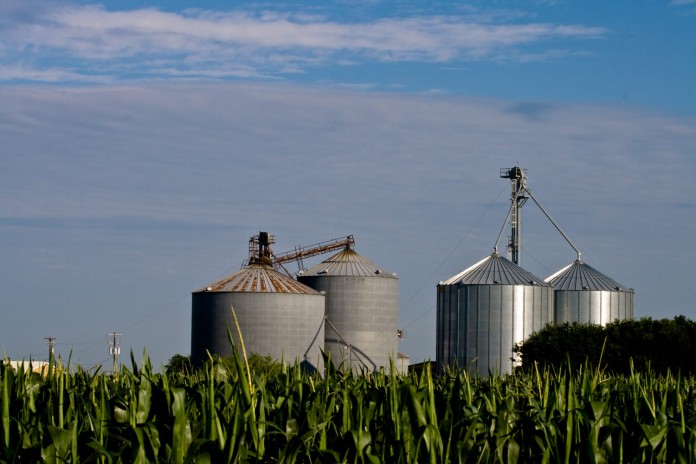 It is no secret that most of us in the grain business like high prices. It is easier to buy grain, the processors need to buy it anyway, and you don’t spend your day talking about doom and gloom with farmers who don’t see how they can come out ahead.

So, it should come as no surprise that the last week has been gut-wrenching for producers and for merchandisers who feel their pain. Processors who need grain are struggling to source it, as the piles of corn and beans in the farmer bins are dwindling.

As most of you will get this column in the mail June 30, the U.S. Department of Agriculture will release its June 1 grain stocks report. This will likely confirm what the buyers have been observing — that there is not that much grain out there, and last week’s trading is making it even harder to buy.

Last week will be remembered for a long time as an example of price drops that are hard to explain and harder to stomach.

July corn futures were down 341⁄4 cents for the week. December futures were down 57 cents. July soybeans were down 911⁄4 cents, with the November off $1.131⁄4. I put the dollar sign in front of that one because it just seems so awful. Chicago July wheat futures lost $1.10.

The reasons and rationalizations for some price change are real, and it is easy to see why we had a correction. It is just hard to stomach the size of the moves.

The big talk is that Federal Reserve Chairman Powell testified for both houses of Congress and projected that he expected unemployment to rise and that recession was a possibility.

The cynic in me, fueled by market convulsions, thinks this is code for the fact that he fully expects recession, we may already be in it, and he wants to be on record that he warned us.

This comes after the Fed was slow to raise interest rates and may now raise them fast enough to encourage recession.

It doesn’t take much reasoning to see how recession affects grain prices. For example, the unemployed eat less meat. They drive fewer miles, which means we have less gasoline consumed and have less ethanol demand. Ethanol comes from corn.

Then, there were fundamental reasons for lower grain prices last week. The previous week the market was focused on the heat wave in the country.

Much of our best growing area was experiencing 100-plus degrees of heat.

Most of that was welcome, to help along the maturity of the late-planted crop. The last few degrees was hurtful, as it blasted crops and used up ground moisture at a fast rate.

Markets were noticeably higher on weather fears that had reports expecting the heat to continue. In fact, weather moderated last week, and we took the “weather premium” out of the market with a vengeance. Then, the computers kicked in.

Okay, full disclosure. I am not an expert in what I am about to say, but I have my opinions. I have visited the Chicago Board of Trade in the dark ages before the big volume of trading was done off-pit. Pit trading on a good day was a sight to behold.

For a local merchandiser is was chaotic and incomprehensible. It was the grain version of watching sausage made, only more so. It was hard to understand how that mass of humanity yelling at each other and waving hand signals could be determining the price of grain.

Now, we have orders entered by computer instead of hand card, and the buy and sell orders are matched by computer to come up with the current price. In addition to this, we have computer trading, which is another thing.

This means that orders are set by entering price objectives in a computer so they are automatically executed when the market reaches a certain price.

If a lot of computers have orders at similar prices, the result can be a tsunami as the volume of sell or buy orders hit the computerized “pits.” Add to the reaction the fact that as technical analysis suggests certain buy or sell prices, and as everyone is watching the same charts, it is common to have a lot of sales or purchases as similar prices.

I heard an observer commenting on this the morning of June 27. He said, that as he watched the trading, he noted that there were not any up ticks in the prices. They moved steadily and inexorably downward.

The computer is emotionless, and trading can be inexorable. I have been thinking about that. In the pits, a day trader would watch the trading, get brave, and stick his hand up to get on the other side. He hoped that if he read the mood right, others would be trying to balance their trades and trade the other side for a bit.

We would always see a little bit of up and down, even in a strong market.

I remember a trader telling a group that he knew nothing about why grain should go up or down. He had no opinion on the market. He said, “All I know is, buy a quarter and sell a half!”

The new pitless model of trading is efficient and exact. It is also merciless. I believe it has contributed to the volatility we have witnessed in this war and weather-fueled market.