COLUMBUS — Cropland values in Ohio have increased again in 2012. Data from the Oho Ag Statistics Service shows an increase of 13.6 percent for bare cropland in Ohio for 2012. According to their data, bare cropland averages $5000/acre, up from $4400/acre the previous year.

An OSU Extension survey conducted in December 2011 estimated that the increase in value of western Ohio cropland in 2012 would be 7.5-9.1percent depending on region and land class. The Chicago Federal Reserve Bank and Purdue University both conducted surveys in June 2012 and found that cropland values in Indiana had appreciated 10-18.1 percent from one year ago.

Crop profitability prospects were positive in 2011 as they have been for the most part since 2007. Profit margins in 2012 were highly variable across Ohio due to moderate to severe drought. Crop insurance proceeds will alleviate much of the yield shortfall and financial stress associated with the 2012 drought.

This period has seen some of the most profitable years in the last 50 years of crop production. These profit streams and healthier balance sheets have led many farmers to seek an investment option for these profits and many have chosen to invest in land. Investors outside of agriculture have also been strongly considering and looking to farmland as an investment alternative.

With many dollars and buyers chasing farmland, it isn’t a surprise to see land values increase again substantially in 2012. Crop profitability along with low interest rates have been the primary drivers in this unprecedented run-up in cropland values. The relative scarcity of farmland has also been a driver in cropland values.

So all of this begs the question, “Where are land prices headed in 2013?” The projected numbers for 2013 point towards higher cropland values for 2013. Projected budgets for Ohio’s primary crops for 2013 show the potential for strong profits.

The Federal Reserve has indicated that it plans to maintain current low interest rates through mid-2015. Returns to Land (gross revenue minus all costs except land cost) are projected to be $309-$627/acre for Ohio Corn in 2013, depending on the land production capabilities.

This is assuming current prices of inputs and present December, November and September 2013 futures prices, respectively. These projections are based on OSU Extension Ohio Crop Enterprise Budgets available at: http://aede.osu.edu/programs-and- research/osu-farm-management/budgets.

With strong balance sheets in spite of the drought, many farmers will continue to be in the land buying mode. The Income Method of Capitalization, an appraiser’s method of valuing assets, yields high land valuations based on 2013 projections for returns to land and interest rates.

For example, using a $287.50/acre “return to land” (the midpoint of the projected soybean “return to land” for 2013) and a 4 percent capitalization rate, farmland would be appraised (valued) at $7187.50/acre. This is only an example and is not meant to reflect the land value for your area.

Lower “returns to land and/or higher interest rates would yield lower “appraised” land values using this approach. There should be a note of caution in deriving budgets and using the Income Method of Capitalization for valuing cropland for 2013 and beyond.

Assumptions used to formulate these budgets and appraisals may change. Crop prices could fall and input costs may increase. Interest rates, currently at very low levels, may increase. The latest OSU Extension Survey of Cropland Values and Cash Rents found that cash rents were predicted to increase 5.7 to 11.5 percent in 2012.

Cash rental rates will see continued upward pressure as higher commodity crop prices and good prospects for profit in 2013 drive competition in local markets. Producers that want to continue to operate their existing rented land base will have to pay at or near the market rate for their area.

While gauged to the best of this author’s capabilities, forward looking statements contained in this document may prove to be incorrect due to changes in supply and demand and other political and economic related events. 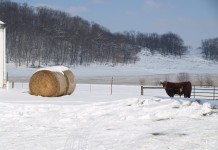 Don’t forget what is under the snow 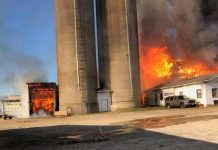 Are you prepared for disaster on your farm? 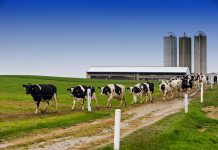 Making the right business decisions on a dairy farm