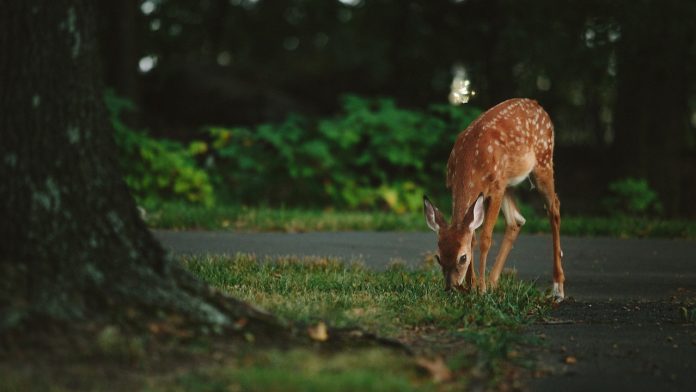 Every fall, I hear about a big buck someone has been tracking and watching for weeks. But when the gun season arrives, that big buck vanishes, only to reappear a few weeks later.

Are deer really that smart? Keen senses of smell, vision and hearing have a lot to do with deer “intelligence.”

Deer often sense the presence of hunters long before hunters sense them.

But is intelligence or instinct responsible? Actually, it’s natural selection at work.

Those individuals, males and females, that are most wary and hyper-vigilant, tend to survive hunting seasons.

And thanks to experience, older deer tend to be bigger and more impressive physically. Those individuals get to breed, at least for a few years, and pass on the genes that promote adaptive behavior and survival.

He cites several examples that seem to illustrate deer intelligence. In one case, a big buck was seen routinely on a farm except during the hunting season when it disappeared.

Finally, tracks were found leading to an old root cellar in the middle of a field.

Trail cams confirmed that the buck spent every day during the hunting season bedded down in the root cellar.

Another intelligent deer discovered that hiding in a storm sewer under a major highway was a safe place to avoid hunters.

Despite constant traffic and road noise, this buck crawled into a large pipe every day during the hunting season.

I’ve made a similar observation in my own backyard.

About 50 yards from the house, there’s a small shed on the edge of the woods. I use it to store lumber, old pipes and other junk. It’s open on two ends, but the interior stays dry and protected from the wind.

A few years ago, on a cold January day, I came out of the woods near the shed. As I approached, three deer bolted from the shed. One almost ran me over.

Upon closer inspection, I found three beds on the dry dirt floor.

Since then, I’ve found deer “hiding” in that shed quite a few times, especially on snowy days.

Another example of deer learning and intelligence has unfolded right outside my house. Twenty years ago, deer never came close to the house. They might walk across the yard or watch from the edge of the woods, but they were too wary to come close.

In recent years, however, as coyote and bear populations have increased, deer seem to feel more secure closer to the house, especially at night.

Several times a month I hear coyotes yipping not far from the house, but I’ve never seen one in the yard.

I love the sound of coyotes, but I’m sure it unnerves the local deer. I think that’s why deer now bed down right next to the house.

Sometimes I spook deer from these spots at night, and other times I find used beds in the morning, and they are right up against the foundation.

Such positions may provide protection from wind, but I think safety from predators is the primary reason deer stay close to the house.

Deer also seem able to interpret human behavior. I’ve lived on the ridge for 33 years, and though there’s plenty of hunting taking place nearby, the yard is safe.

Often I walk the 150 feet from my garage to the house, especially late in the day, and a deer or two will be in the yard just 20 feet from the driveway.

I can stop, yell, wave my arms or even lift my arms into a shooting position, and the only response I get is a snort or stomping feet.

Experience tells the deer they are safe. When I encounter deer in the woods, usually I only get to see that big white flag as they flee.

Learning from experience is clearly a sign of intelligence.

I conclude that at least some deer are pretty smart cookies.