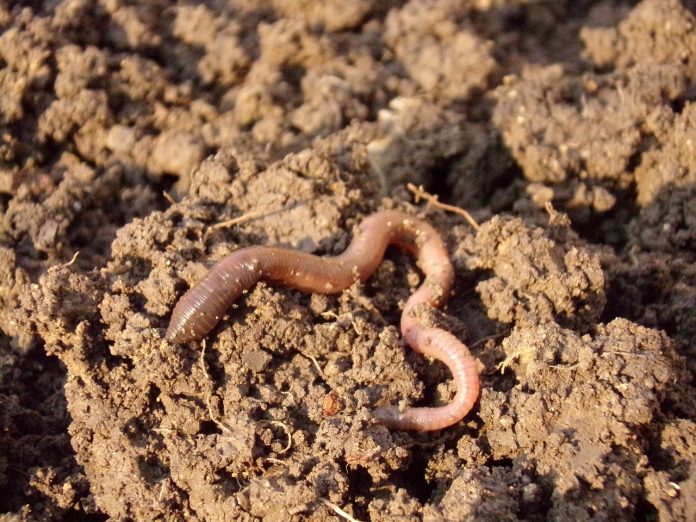 Earthworms are often considered highly beneficial to soil and plants in agricultural settings. Worms condition the soil for crops, decompose organic matter and return nutrients to the soil. Their physical presence aerates the soil, allowing oxygen and water to create channels for roots.

Without these worms, farmers and gardeners would have to expend more physical, chemical and hydrologic energy to produce a high yield. Earthworms create a relatively homogenous, consistent soil and can eat as much as half their body weight in a day, making a substantial amount of nutrient-rich excrement over their lifetimes.

Despite these benefits to agriculture, those same worms can be villains in our forests.

Most northern temperate forests in the U.S. have had no native earthworm populations since the Wisconsinan glacier more than 10,000 years ago. Over the last 200 years, these forests have been invaded by numerous earthworm species native to Europe and Asia.

The earthworms north of the glacial moraine probably arrived with soils and plants brought from Europe.

Ships traveling to North America used rocks and soil as ballast which they dumped on shore as they adjusted the ballast weight of the ship. During the late 1800s and early 1900s, many European settlers imported European plants that likely had earthworms or earthworm cocoons in their soils.

Recently, the widespread use of earthworms as fishing bait has spread them to more remote areas. All common bait worms are non-native species. When non-native earthworm species are introduced into forest habitats, their impacts can be severe.

Earthworms’ impacts on ecosystems are complex and, although some aspects need to be further researched, there is a consensus that invasion of forests by earthworms can have significant negative impacts.

As the earthworm populations expand, they can substantially affect forest soils by altering nutrient storage and availability, especially carbon, nitrogen and phosphorous.

High earthworm populations effectively mix the O and A horizon into one homogeneous soil layer, making nitrogen and phosphorous more available to the plants’ roots at a very rapid rate.

While this is beneficial in gardens and agricultural fields, it is detrimental to forest ecosystems that have evolved with the slow release of nutrients to the soil.

Their feeding habits disrupt the natural function of fungi in forest leaf litter by consuming much of the organic material.

Forests with high, invasive earthworm populations tend to have a very thin organic layer and by the end of summer are often devoid of leaf litter. Since many spring ephemeral plants and trees depend on fungal relationships, as the leaf litter disappears, so do those plants.

Loss of leaf litter also alters the micro-arthropod and insect community, causing changes in the forest floor as a whole. Earthworm presence tends to change communities dominated by fungal relationships to those dominated by bacterial relationships.

To determine what species of earthworms are in your area, mark off a three-foot square section of a woodland garden or forest. Wait for a heavy rain. This test will not work in dry soil.

On moist soil, sink five coffee cans, tops and bottoms removed, about an inch into the ground of the marked area. Then pour a hot solution of two cups of mustard and 10 quarts of water into the cans.

As the mustard infiltrates the soil layers, the ecological groups will come to the surface in relation to their depth of feeding.

In rural areas, researchers have found only about two worms per three square feet; in urban areas, numbers can be as high as 89.

Since their arrival, invasive earthworms have spread rapidly throughout North America and although there are approximately 100 native species of earthworm in the United States, none of those were found in glaciated regions of the country until European colonization.

Invasive worms continue to be introduced into areas throughout the U.S., primarily through humans. Earthworm populations are much higher near human settlements, popular fishing lakes and other areas of human disturbance.

In areas where invasive earthworms are already established, there is no feasible way to eliminate them, but their populations can be contained by minimizing soil disturbance and preventing spread to uninfested areas.

In uninfested locations, prevention is the key.

Fishermen should avoid releasing unused bait worms on shores of lakes or any other area where worms can survive. The worms should be disposed of by freezing, putting them in alcohol or simply throwing them in the trash.

Care should also be taken anytime soil is disturbed in known earthworm infested areas, as egg cases, cocoons and individual worms can be in plant root balls, on tire treads or even shoe treads.