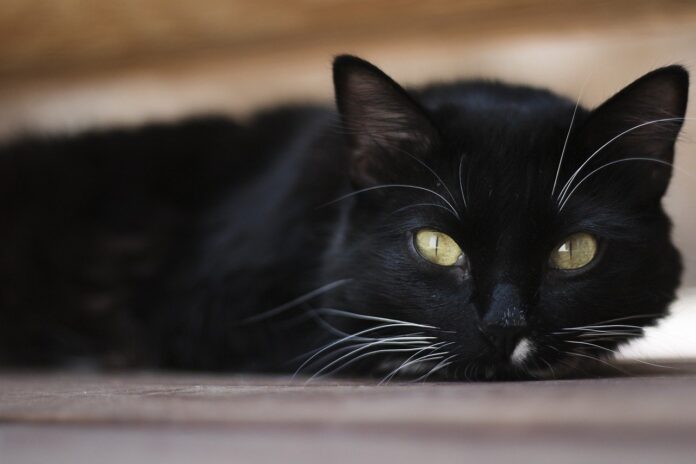 There’s probably no animal on our ranch I’ve written about more than Mama Cat. For one thing, she’s been here almost as long as I have. For another, before her arrival we had a hard time keeping barn cats on the ranch. Since bringing her home as a wee kitten, however, that hasn’t been a problem — quite the reverse, in fact. “If you think about it,” my son said one day this spring, “All the cats on this ranch are kind of related to Mama Cat.”

“No,” I replied, “They are DEFINITELY all related to Mama Cat.”

And it’s true. There have been plenty of cat Dads passing through, but Mama Cat is mother or grandmother to every kitten that’s been born here in recent memory.

The blessing and curse of Mama Cat’s fertility has thus been a topic of this column many times. Despite the fact that we were very ready for Mama Cat (and her offspring) to stop procreating, I’d been hesitant to get her spayed because there seemed to be some kind of jinx on expensive medical procedures. The more money we spent at the vet on an animal, the more likely it was going to disappear or die of something unrelated almost immediately. But after Mama Cat’s last litter of kittens, I decided we just had to take the chance. She looked far too thin, and she was clearly worn out, not to mention we really couldn’t handle any more kittens. “Anyway, I’m just being silly,” I told myself. “Jinxing isn’t a real thing.”

That was last spring. After the surgery, Mama Cat healed up beautifully. She took over as a full-time grandma, babysitting the kittens one of her daughters (who had evaded capture during the cat spaying roundup) brought to the porch.

As the kittens grew, Mama Cat began to disappear more frequently. I worried a little, but not too much. Mama Cat was an old hand at prowling; she knew what she was doing. And she still came in almost every evening to eat her supper on the counter by the washroom.

Then we left for our trip to Seattle. Upon our return, everyone rushed to greet us. Everyone except Mama Cat, who didn’t come in for supper that night either. A few days passed, then a few weeks. “Ok, so maybe jinxes are a real thing,” I thought grimly, and I said as much to my husband.

“Well, there’s no shortage of cats,” he replied in tones equally grim to my own, staring out the window at the collection of cats lounging on our patio furniture.

He was right, of course, and I tried to take comfort in Mama Cat’s presence via the genetic legacy of her many resilient, friendly children. But last week, when I heard a familiar yowl at the bathroom window (Mama Cat’s favorite way to alert me she’d like to come inside), I squealed with joy before racing to greet her. Sure enough, there she was, waiting on from the ledge, her yellow eyes unmistakable against her fluffy black fur.

“Mama Cat!” I shouted to the kids, as I ran to the sliding glass door. She walked through it with aristocratic grace, just as she has a few thousand times before, and jumped up to the counter immediately with an expectant look on her face.

I poured out some kibble and she coyly began to nibble at her food. Her fur, always flawlessly groomed, was shiny and full, her body felt lean but healthy. She didn’t appear to have missed many meals during the three months she’d been gone. If anything, she looked better than when she’d gone missing — strong and carefree.

“Well, I guess it’s true what they say about cats having nine lives,” I told my husband that night. “I wonder how many she used this summer?”

“Or maybe it’s the universe playing a cosmic joke on me,” he replied, glancing first at the cat sleeping on the back of the couch before shifting his gaze to the door where two more cats stood waiting to be let inside.

Chances are it was neither her nine lives nor a cosmic joke that brought Mama Cat back to us, but either way, I think we can say the curse is officially broken!