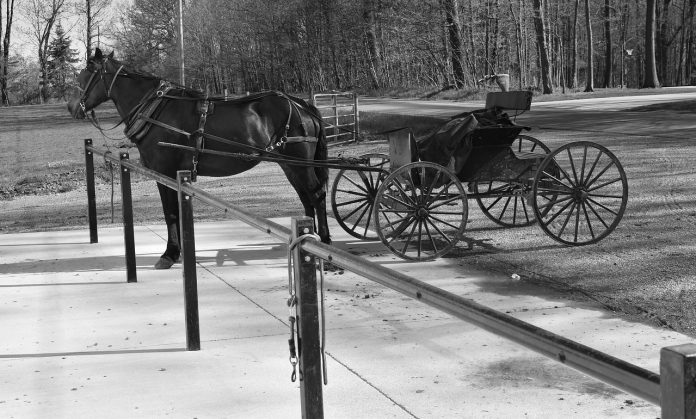 One day in 1891, a young doctor was on duty at the trauma center of the Youngstown (Ohio) City Hospital when three seriously injured people, a man, and two girls, were carried in.

The doctor was shocked to recognize the man as his own father-in-law, while the girls were his young sisters-in-law.

The shaken doctor did all he could, but only the one girl, Ella Shaffer, survived, leaving the young man with the unenviable task of breaking the news to his wife that her father and one sister were dead and another sister badly injured.

Doctor Carlos Booth had long disliked horses — he was always in a hurry and horses often became tired and needed to be rested, or they developed a bad hoof or some other affliction.

If left outside a patient’s house they would sometimes spook at something and run away. And then there was the time and expense of caring for the animals.

If Booth’s disaffection with the horse as a means of transportation was strengthened by the accident to his wife’s family, it hardened into hatred when in June 1895, he and his wife were riding in their carriage and the horse he was driving took fright at something and ran away, eventually ending in a terrible crash in which Mrs. Booth was seriously injured and the horse killed.

Meanwhile, in New Brighton, Pennsylvania, some 50 miles southeast of Youngstown, a machine shop called Pierce & Crouch had taken over an old vinegar factory in 1893 and was busy building gasoline engines.

W. Lee Crouch had built a motorized carriage in 1894 of which a 1938 history of the town said, “It chugged up and down Broadway and Main Street daily in the “Gay Nineties,” although Beverly Rae Kimes in her Standard Catalog of American Cars says the Crouch carriage was “not wholly successful.” 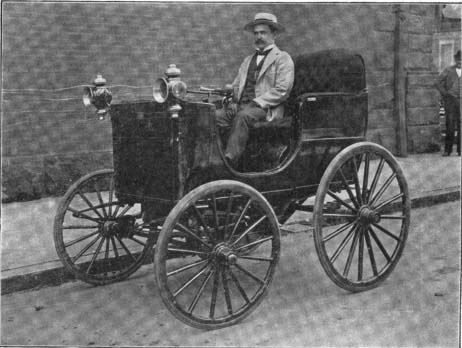 About the time of his wife’s injury, Dr. Booth read of the 1,178 km Paris-Bordeaux-Paris automobile race that was won by Emile Levassor in 48 hours, 48 minutes, while driving a Panhard-Levassor car.

Booth thought that perhaps a motor carriage was the answer to the horse problem as, being a machine, it would never tire or fall ill and would be impervious to sirens, whistles and flying bits of paper, and it wouldn’t need to be fed except when running.

Booth sketched his idea of such a car and took the plans to the Fredonia Carriage and Manufacturing Company, which was, I believe, on Front Street in Youngstown, and they either built the running gear or let Booth use their shop to build the thing.

The Pierce-Crouch engines were said to start and run reliably, just what Booth needed for his little carriage, so he contacted Lee Crouch in New Brighton.

Crouch designed an entirely new engine for Dr. Booth that weighed 134 pounds, had a single cylinder of 4×6-inch bore and stroke, an 18-inch flywheel, and developed between three and four horsepower at 500 RPM.

Booth’s carriage weighed 1,250 pounds, so the three-plus H.P. engine left the vehicle a little under-powered. However, the January 1896 issue of The Horseless Age magazine describes the results of the tests performed on the car by Crouch.

“On country roads, where the mud at this season is very deep, little difficulty was experienced, and in one spot where the mud was up to the hub of the front wheel, the motor managed to pull through.”

Improvements were made during the winter: the car was lightened, bringing it down to 1,040 pounds, which made it perform better, and by the spring of 1896, the car, which Booth called a “cab,” but most Youngstowners referred to as a “milk wagon,” was used regularly to make house calls and to give demonstration rides to various Youngstown businessmen.

Booth, who thought his “‘cab’ was about as serviceable a motor wagon as has yet been produced,” even entered the car in a 52-mile race in New York that May that was sponsored by Cosmopolitan magazine.

Lee Crouch drove the car and made it halfway before the machine broke down and had to be towed, naturally by horses, back to New York City.

Booth entered no more races after this humiliation, although he continued to use the car regularly in making his medical rounds, earning himself credit for being the first physician in America to make house calls in a motor vehicle.

All was not rosy, however. By using the car, the doctor experienced more trouble with the easily spooked horse than before.

It seemed that every time he ventured out in his “cab,” he had to stop and lead some terrified team past the mechanical monster.

He was having more trouble with the detested critters now than he had when he was using them. So, Dr. Booth surrendered to reality (his great-nephew, Frank Shaffer, later wrote that Booth was ordered off the road for scaring horses) and, in 1897, he sold the car and went back to the horse and buggy.

A few years later, when motor vehicles were more often seen on the streets of Youngstown and the horses presumably had come to accept the alien contraptions, he again began using motor cars, owning a 1907 Thomas Flyer and a 1910 Hupmobile, among others, and was an enthusiastic driver until his death in 1928 at age 67.