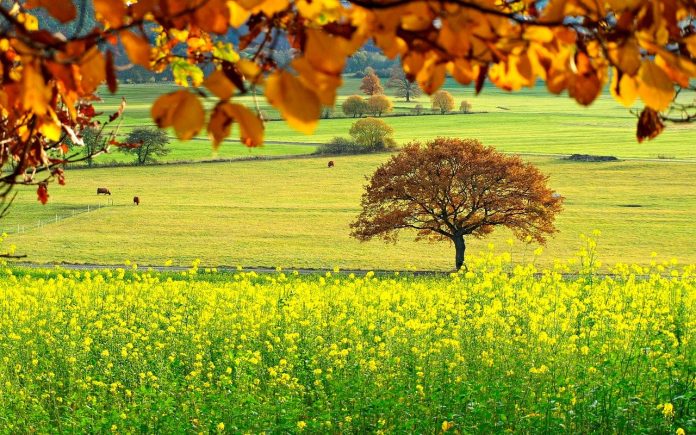 Fall is an important time to pay close attention to your pastures and forage fields. The fall rest period is extremely important, giving plants time to store enough energy for winter survival and stand longevity.

This year’s forage harvest has been reported to be better than the past few years for most. There were a few areas in the state that struggled getting first cutting harvested in a timely manner.

Overall, though, talking with producers in southeastern Ohio, we should have a good supply of harvested forages for livestock this winter.

Late summer stretches of heat and lack of rain started to stress some pastures. This was not statewide, however, and most have received some rain in recent weeks. Current unpredictable weather patterns have made it difficult timing the final forage harvest to avoid possible scattered rainfall.

According to the Ohio Agronomy Guide, the recommended fall harvest dates are Sept. 7 in northern Ohio, Sept. 12 in central Ohio and Sept. 15 in southern Ohio. Harvests made in late September or October should be avoided, as this is the critical time when forages are storing nutrients for spring growth.

If a late harvest is needed, it should be after a killing frost — 25 degrees Fahrenheit for several hours. Another late option is to harvest forages close enough to a killing frost with no chance of regrowth using up reserves. This is a high-risk option and not recommended for new seedings due to possible heaving, especially in heavy soils.

Other factors to consider include soil pH and having a high enough potassium level going into late fall. Improperly making a late fall forage harvest will reduce the yield of next year’s first cutting. If you have enough stored forages, then don’t chance it.

Grazing hay fields, especially those with alfalfa, should only be done after a killing frost or not until sometime in November after the plants have gone into winter dormancy. The risk in this method is bloat, especially three to five days after freezing temperatures. To reduce this risk, wait until forage moisture is below 50% and when a significant portion of the top half of the plant has dried down.

Before turning livestock into fields, make sure there are no immature alfalfa plants present. Provide plenty of dried forages prior to and during the time they are in these fields. Products such as poloxalene are also available to help prevent bloat.

Graze fields for short periods of time; graze no shorter than three to four inches; and remove animals during wet conditions to prevent pugging and crown damage.

If you have a field that is already producing low yields, then a late fall forage harvest would be an option. Fall is a good time to effectively use an herbicide to terminate the crop.

Ideally, you would want four to six inches of growth at the time of application and temperatures at or above 50 degrees Fahrenheit for the next three to four days. As always, make sure to follow label instructions.

Whether considering a fall harvest or a new planting, having a variety with the correct traits is important to the success of either. Select varieties that have good disease resistance and winter hardiness.

Modern varieties no longer associate fall dormancy ratings with winter survival; it still is a good indicator of how fast it will grow and how long it will be active during the growing season.

Alfalfa varieties with fall dormancy ratings of one to five are recommended for Ohio. These ratings are provided by the seed industry.