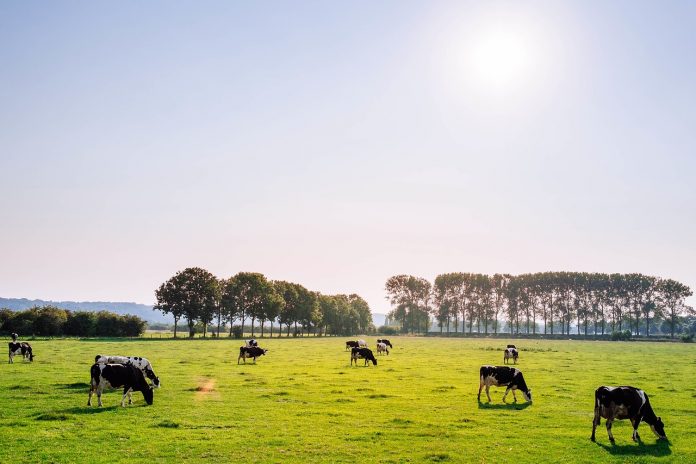 At the turn of the 20th century, farming was still an extremely labor-intensive endeavor, doing most of the work by hand or with livestock. Almost everything needed came from the farm. Food, fiber, fuel and shelter all came from the land. That was the world in which that my great-grandparents grew up.

Both of my grandfathers were born and raised in this type of agriculture. After returning from World War II, the widespread use of new technology changed how they farmed, some for the better and others for the worse. Tractors and new machinery replaced horses and hand tools. These innovations reduced labor inputs needed and enabled agriculturalists to cultivate larger acreages.

In thinking about the ways agriculture has changed, I am reminded of a phrase I have heard quite a few times from other graziers when discussing why they manage their operations the way they do: “That’s how grandpa (or dad) did it!”

This reasoning always gives me pause. Grandpa most likely didn’t practice a rotational grazing system with the same intensity that we promote now. He managed his farm very differently than most are today.

Let’s see what grandpa’s farm would have looked like from the grazing side. In 1950, the typical grazing operation was approximately 40 acres with an average of 13 cows. This works out to three acres of pasture per cow. In comparison, in 2017 the average grazing operation with beef cattle was 29 acres with 17 head. That means that on average each animal now only has 1.7 acres of pasture, a reduction of 43%.

But let’s take it a step further. Beef cattle in 1950 weighed somewhere around 1000 pounds on average whereas the current weight is nearing 1400 pounds. It stands to reason that larger cattle require more forage intake, but we are grazing more cattle on fewer acres than we did in the past.

Some of you may be saying, “But surely our forage production is much higher than it was back then.” You would imagine, I mean, look at corn production. In 1950, the Ohio average corn production was 36 bushels/acre while now we consistently get 160 bushels/acre, an increase of 344%.

In comparison, hay production today is 2.4 tons/acre, only double what it was 70 years ago from a yield of 1.6 tons/acre.

Yes, most of us spend more time off the farm working our primary job giving us less time to work our livestock. Grandpa likely spent hours with his herd every day, so he knew when to move them to a fresh pasture. But not having enough time shouldn’t be an excuse. Times have changed. We have developed better grazing management techniques using improved equipment allowing rotational grazing to be more efficient. We owe it to our livestock to give them the best forages and that takes time.

Think back to grandpa’s pasture. Does your pasture look healthier today than it did all those years ago? If not, maybe we should be doing it better than grandpa did it.