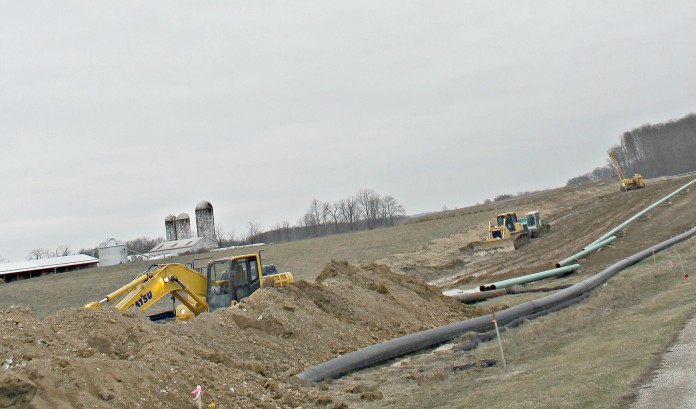 In an essay in his new book, “Hogs Are Up,” Wes Jackson, founder of the Land Institute near Salina, Kansas, revisits a speech he gave in Coon Rapids, Iowa, in August 2009 to mark the 50th anniversary of Nikita Khrushchev’s famous visit to the Roswell Garst farm.

During that cornfield summit, suggests Jackson, Garst and Khrushchev chatted about how their political systems — one that minimized government, the other with near-total government control — supported their nations’ agricultural aspirations. What no one at that historic meeting “could have imagined,” however, was “the speed of change to come over the next 50 years.”

No one anywhere did, in fact, because no one foresaw the enormous impact ag “industrialization” would soon have on American farms.

But, “within three decades, yields of several major crops had doubled in some places, tripled in others,” points out Jackson. The two-centuries-old Industrial Revolution had finally made it to the farm as the Green Revolution, notes Jackson, a shrewd observer of U.S. agriculture.

This revolution featured diesel fuel, anhydrous ammonia, hybrid seed and oceans of new pesticides, herbicides and insecticides that, combined with new “wonder” drugs like antibiotics, allowed the world’s population to double in less than two generations.

That success also led to another, equally massive change, however; the rise of what Jackson calls the “Industrial Mind” in both academic and production agriculture.

“Imagine two ends of a spectrum — human cleverness at one end and nature’s wisdom at the other,” explains Jackson. “The Industrial Mind, over the past 100 years, has increasingly relied on human cleverness” as the culmination of “(o)ur 10,000-year history of growing food … tied to the notion that nature is to be subdued or ignored.”

And it worked until it didn’t.

Today this “cleverness” has also delivered future-altering consequences like soil erosion, climate change and hypoxic zones in both inland and coastal waters.

To surmount these growing problems “will require extraordinary political will, both to conserve topsoil and stop climate change and develop renewable energy technology.” There is hope, however, Jackson suggests. “I am not proposing that we quit being clever; instead, cleverness should be subordinated to nature.”

And, despite industrial ag’s strong effort to slow or halt much of it, that subordination is happening. Slowly, at least.

For example, renewable energy — solar, wind and water power — now delivers 18% of America’s electricity. That will more than double by 2050. In 2020, U.S. organic food sales totaled $62 billion, a record 6% of all U.S. food sales. So change is coming.

One crucial element that continues to fuel both the good and bad growth of the industrial mind is the rise of government in agriculture.

So, in the five decades that encompass the industrial mind’s salad days in agriculture, USDA’s bureaucracy grew by 18% while the number of farmers it served collapsed 85%. That’s not a success in anyone’s mind.

Unaccounted costs — those Jackson points to, like soil loss, foul water, climate change and others such as health care — are at least three times more costly than that every year, according to an analysis released in mid-July by the Rockefeller Foundation.

That’s the problem with the industrial mind in today’s agriculture: it floats along on a rising sea of taxpayer money and unaccounted costs to a place where few profit but everyone pays one way or another. It’s too clever by half and too expensive by miles.