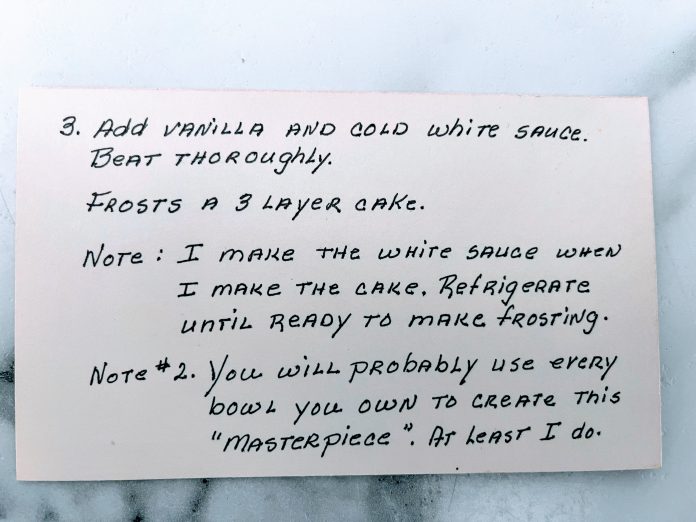 Good news, readers. The pandemic might be winding down.

I am not a scientist and have not spoken to a single doctor. I am, however, reading headlines such as “Fast Food Fans Demand Return of Old Favorites” (Wall Street Journal).

Now that there appears to be a (heat) light at the end of the tunnel, petitions are appearing DEMANDING the return of popular dishes.

I think it is safe to say that there is no greater “First World Problem” than starting a movement because you miss ordering nacho fries or a breakfast sandwich on demand. I’d probably focus on world peace or something first but people work better on a full stomach, I get that.

If we learned anything from the pandemic, it is that food is comfort, security and, for many, an act of love. During the pandemic, many learned to cook for the first time. They discovered that their pretty kitchens actually had a practical use. They nursed sourdough starter and made banana bread loaves in droves.

I am a born and raised Buckeye. Here in the heart of it all we, pride ourselves on a casserole for every occasion. If you cut me, I may bleed cream soup.

I think each family has its own way of eating. In our case,  a well-worn set of recipe boxes is the source of our culinary joy. They came from my Gram and live at my house now.

It is not unusual for me to receive a call or text asking for one of Gram’s recipes. Recently it was a very particular and exacting Russian Nut Cake recipe. My Gram made this exactly once every year — on my uncle’s birthday. By our estimation, it has been at least a decade since he has enjoyed it.

This year my cousin, his daughter, decided to make it.  I dutifully dug out the recipe card. There it was in my Gram’s distinctive handwriting. Complete with notes that made us laugh: “You will use every bowl you own.” I scanned and sent it on. I’m told it was an absolute hit.

Of all the things his daughter could have bought him, I suspect that cake homemade from his mother’s recipe was the sweetest gift of all.  Memory lives on in our taste buds.

Once, early in our marriage, I made chocolate chip cookies for Mr. Wonderful using some gourmet chocolate to really impress him. My sweet husband ate one cookie and identified that they didn’t taste “right.”

Bless his heart. He wasn’t trying at all to be rude. He truly thought I had gotten a bad bag of chips. They were delicious but his nostalgia for the standard Nestle Toll House chips he grew up on was stronger. That is how he felt in his soul they “should” taste.

I wasn’t angry. I feel the same way about macaroni and cheese. My ability to make homemade macaroni and cheese dripping with fresh butter and artisan ingredients does not matter if I’m craving that “blue box” Kraft my mom used to make.

For her part, my Gram shared a story of her newlywed cooking attempts, circa 1947. She was a notably good cook all her life. She really never suffered the “burnt biscuits and inedible dinner” trials of most young wives.

She was confused, however, when her new husband took issue with her pancakes. Fluffy, golden, delicious and, according to him, “too thick.” Her soups, it should be noted, suffered a similar critique. She genuinely could not figure out how her perfectly fine food could be “too” much of anything.

She said it took her a bit to crack the case. Growing up in a large farm family, her husband had been fed by a mother who was skilled at “stretching” food. Pancake batter and soup would both be thinned down as needed to make them go further. She laughed and said that once she realized he basically wanted “crepes” she was fine. She was a good cook AND his mother was a good cook. What they were dealing with was being “different” cooks.

In the end, our love affair — and frustration — with food is understandable. Once you get your “face fixed” for something specific, too many cooks really can spoil the broth. This is especially true for hard-pressed pandemic chefs ready to fight for their right to make reservations.