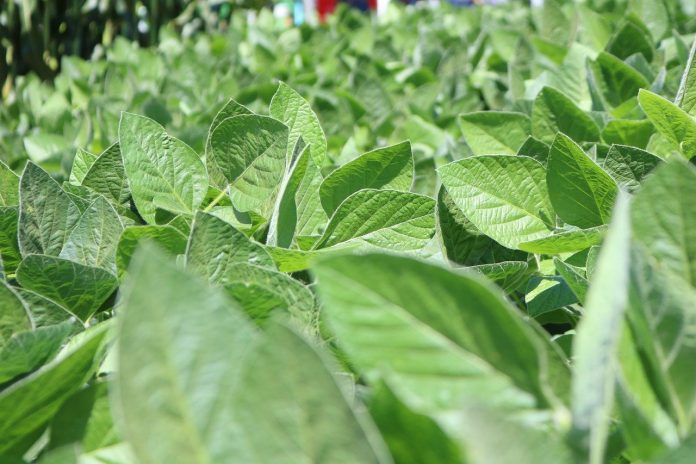 Soybeans have led commodity markets higher in recent days. The weather chickens are coming home to roost, as speculation about problems in South America are being realized in early harvest results.

It is significant that, in South America, the soybeans are grown in a great width of latitude. Thus, unlike in the U.S., there can be large differences in weather from one growing region to another.

In early looks, we saw that the northern part of Brazil had too much rain, while southern Brazil and Argentina had too little. Then, we saw rain in the region, but we had a lot of speculation about whether that corrected the problems of drought in some areas.

Mitigating that was the thought that rain was normally more than needed, so less rain than normal was not necessarily a huge problem. Now, we are getting actual yield results from the northern provinces of Brazil, and they are mixed.

In general, analysts are sharply cutting their estimates of the crop, and the result last week was sharply higher prices, continuing the bullish price rises that began with our own harvest low in November.

At the same time, March corn futures got back to the highs again but were hit with farmer selling which actually dropped the price a net $151⁄2 cents last week. The December futures, however, were up four and a half cents for the week.

The new crop corn price may be reflecting current thinking on planted acres if there is any consensus there. A couple of months ago, the thinking was that corn acres would grow at the expense of soybean acres.

Now the soybeans have continued to rally, while the corn has worked up and down, but made no big bullish move.

Focus the last few weeks has been more on high costs of production inputs for corn, and how the price ratio is starting to favor soybeans, especially as the beans have seen dramatic price improvements.

Talk a few weeks ago was centered on fertilizer. That was about supply, not just about prices. There was significant thinking that we might not be able to get all the nitrogen fertilizer, especially, that we needed.

Normally, we import much of our nitrogen, but foreign production costs are soaring because of the high cost of natural gas, a large factor in nitrogen production.

Until recently, natural gas in this country was extremely cheap as a by-product of shale oil production. When government policy abruptly changed, that cost went up, and propane with it. Natural gas prices in other parts of the world have gone up faster than ours have.

Add to this the fact that the Chinese have stopped fertilizer production in order to give the appearance of cleaner air during their Olympic productions.

The market has largely ignored this short-term production problem with the realization that, once the games are over, the Chinese will turn on the production again. Clean air is, after all, just an illusion in a country where people wore masks even before COVID-19.

The so-called “corn-bean ratio” will continue to rattle around the heads of futures users and analysts, so that the end of March USDA planting intentions report will be a notable event, maybe even more than normal.

It remains the one big fundamental piece of anticipated news this time of year. That time is coming, as winter drones on.

So, producers have significant decisions to make, although the crop mix does not normally get changed much, just talked about. These prices mean sales and sales catch-up opportunities. They mean the temptation to get some new crop sold.

They also mean that we need to be careful to calculate just how profitable these prices are, given that this year there was no chance to lock in cheap inputs early.