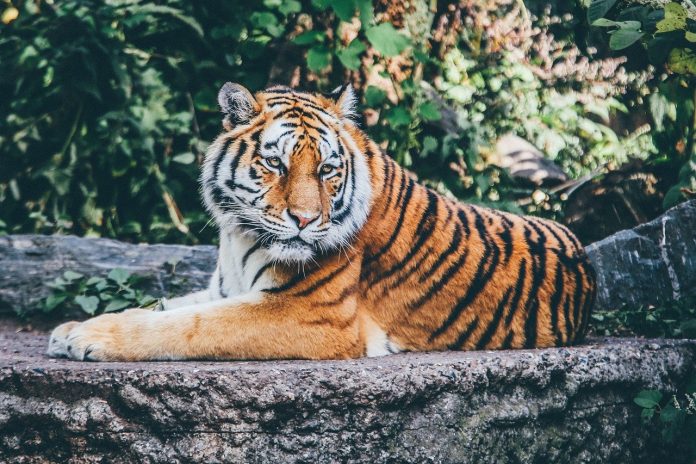 “Man arrested after taking toddler inside elephant enclosure at zoo and dropping her.”

I’m always surprised when a headline like that isn’t followed by another headline: “Toddler’s mother murders man in justifiable homicide.”

According to the news coverage, a grown adult man who was apparently in control of all of his available faculties trespassed through multiple barriers (hint: they are there for a reason). He pushed past all these “this is really not a good idea” reminders in order to take his toddler inside the elephant enclosure for, we are told, “a selfie.”

Yes, that is correct. He intended to get a photo with a wild elephant — as you do (not). Worse, when the elephant charged, as they do when you sneak up in their space, the man showed his first lick of common sense and ran. In doing so, he dropped the child.

For the record, I am absolutely amazed that they are not planning his funeral right now. Mr. Wonderful and I are very close, but if he were to drop one of my babies in front of a charging elephant, we are going to fight.

Fortunately, the elephant decided to let him live, and he scooped up his child. All were safe right up until he was arrested. No elephants were harmed in this escapade — although I’m pretty sure that one was really annoyed.

I just don’t get trying to snap selfies with random wild animals. My “group selfies” are always of family and friends — or at least our nostrils and half a cheek each. We don’t always fit in the frame well.

What do you get out of a selfie with a walrus or a bear? Do you claim this is a personal friend of yours? A regular walrus pal? The bear is a colleague?

More confusing to me is that the state of New York had to pass a law that would prevent people from taking photos with tigers. Do people really need to be told not to do that? As It turns out, the answer is yes.

There was an actual website that was nothing but men posting with photos of tigers in order to secure dates with women via the internet. Ladies, if this worked on anyone, we really need to talk. I can think of nothing more ridiculous and, frankly concerning, than accepting a date with a man who thought a selfie with a tiger was his best angle.

A man died trying to take a selfie with a walrus at a zoo. A walrus can weigh a ton. It’s like trying to snuggle up with a truck — a wild truck that can turn on you.

A visitor to Yellowstone was mauled and tossed by a bison she attempted to pose with. It’s as if humans have completely bought into the Disney version of wildlife. Animals are just out there singing, dancing and hoping to get a chance to spin some chaff into a ball gown for us, or something like that.

A few years ago, a park had to close completely because humans would not cease and desist on attempting to take selfies with wild bears. Wild. Bears. In some cases, they were literally on top of the bears. The bears, it is reported, were not impressed. Angry bears are never a great idea.

In a more recent incident, a woman tried to pull a jaguar in for a close-up. She could not settle for “jaguar adjacent.” She had to go in for a hug. She almost lost an arm.

Look, I totally get posing with your family, friends or beloved pets. Those pets, after all, are often both family and friends. Our dogs are definitely part of my heart, home and easily most of the photos on my phone. Fortunately, I never had to pose with a wild Shih Tzu. I have a perfect tame one to snuggle with for selfies.

I am known for my firm belief that “nature is not to be trusted.” This is my mantra for any wildlife shenanigans that go on within the walls of my home.

To be fair, nature could very well say the same about us. “Humans are not to be trusted,” especially when it comes to how we behave in the great outdoors beyond our own doors.