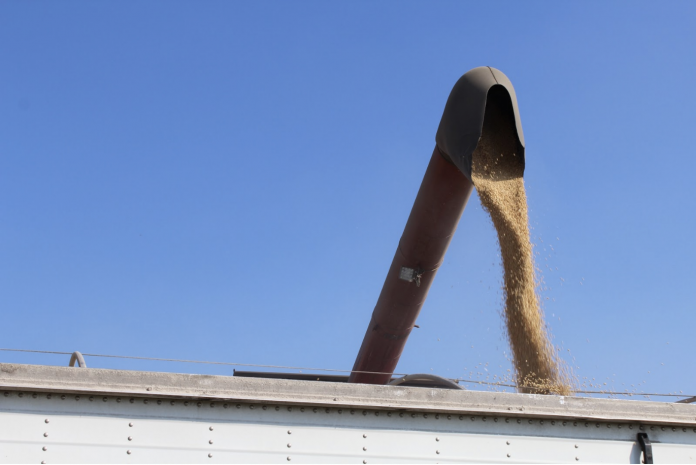 All the good news in the U.S. Department of Agriculture from Sept. 19 reports could not overcome negatives in U.S. and world economic conditions last week. Regardless of bullish USDA news, December corn futures actually were down almost eight cents for the week. So, the good news, depending what part of it you are looking at, is that the corn yield estimate was reduced by 2.9 bpa.

In addition, USDA adjusted planted acres by 1.2 million and harvested acres by one million. This came as they accepted Farm Service Agency data into their calculations.

The result, after some juggling with other numbers, was a small five million bushels decrease in expected ending stocks for 2021-2022, and a large 415 million-bushel drop in the size of the estimated crop, to 13.994 billion bushels.

This is good news for the price of corn, but not exactly good news for farmers who are more focused on production right now. Better to have cheap prices and a big crop. This crop has a lot of local variability, and there will be haves and have nots in close geographical proximity.

The bad news, that overwhelmed the fundamental production values, was that there are a lot of problems in this county and around the world right now, and the market is focusing on them, pushing down prices in a week when we expected gains.

For example, inflation is perhaps our biggest problem right now. The normally reported number for inflation is the reported 8.3%, down from 8.5% last month. It is actually hard to track inflation if we include the prices of gasoline, diesel fuel and natural gas because energy and grain prices have been very volatile since the Russian onslaught in Ukraine.

Last week was a good example of why we like to leave energy out of inflation statistics. China has recently had large lockdowns because of resurgent COVID problems, which is thought to be resulting in economic slowdowns lessening the demand for diesel fuel.

This led to the rumor that China was going to export diesel. The rumor led to a perceived increase of worldwide supply of diesel, so we saw a slump in prices.

Diesel has been perhaps the most volatile commodity. The New York futures market traded diesel close to $5.75 per gallon at the peak in April, but has recently had a dollar range between $3.15 and $4.10. We dropped to the $3.15 on the China rumor Sept. 14 and 15 and then recovered a little.

These areas are especially dependent upon rail shipment to maintain space at harvest.

The rail strike was averted at the last minute by government wrangling between the parties. An agreement has been announced but not ratified by the union voters yet.

As we talked last week in this space, the soybean report from USDA was a bit of a shocker. The market was expecting an improvement to the bean yields, especially after the Pro Farmer Crop Tour predicted improvements.

Hurting wheat is the reality that a little wheat has gotten out of Ukraine, after we had gotten used to the idea that we would get nothing from them.

Adding to the problem is a huge Russian crop with enough hungry nations in Africa that have no compunctions against trade with Putin.