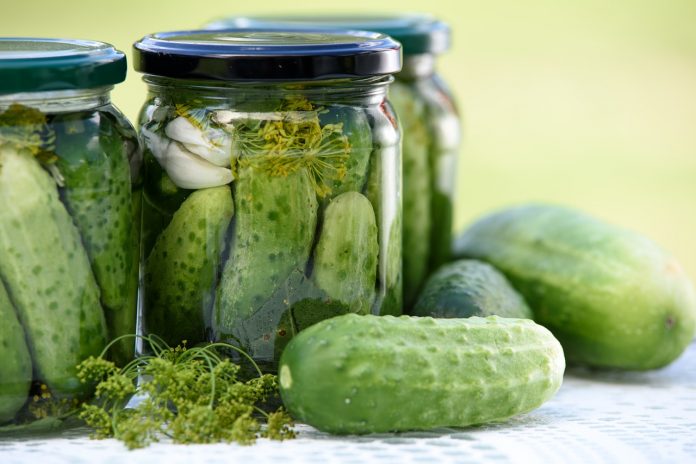 RALEIGH, N.C. — Craving a pickle? Go ahead and take a bite. Fermented vegetables are a healthy choice for a snack.

Cucumber pickles are the most commonly consumed fermented vegetable in the United States, with Americans consuming more than 9 pounds of all types of pickles per person each year.

Pickles are fat free, cholesterol free, low in calories and a good source of vitamin K. But there’s not much scientific evidence that tells us whether fermented cucumbers are more healthful than raw ones.

More recently, emphasis has been placed on health-promoting compounds called bioactive peptides, which are short chains of amino acids, found in fermented foods.

Peptides that have therapeutic properties are well documented in many fermented foods, including dairy products, sourdough, and cured meats — but not in fermented vegetables, Johanningsmeier said. One reason could be that cucumber pickles are difficult to analyze with existing peptide methods because of their salt content.

Johanningsmeier partnered with North Carolina State University researchers, who developed a novel technique that allowed the pickle components to be analyzed despite the salt content.

Using this technology, scientists identified, for the first time in fermented cucumbers, four peptides known to have anti-hypertensive properties.

The discovery of these peptides in fermented cucumbers may be good news for consumers seeking healthy foods. There’s also the possibility of recovering these peptides from surplus fermentation brines for use as functional ingredients. But all this remains to be seen.

“This initial study looked at whether there was a unique contribution of the fermentation process to the formation of health-promoting compounds,” Johanningsmeier said.

“We’re just getting started with this line of research. In the end, we may find just as many healthy constituents in other types of pickled vegetables. Further research is needed to determine if these compositional changes during fermentation are in sufficient quantities for a health benefit.”