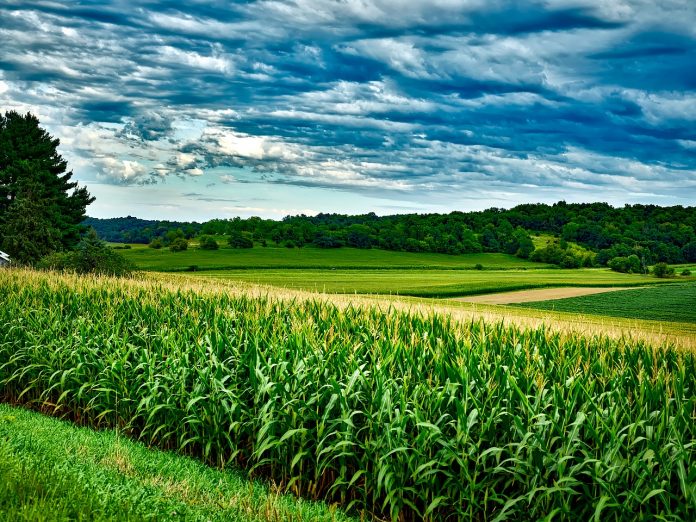 It is hard to complain about good weather. However, temperatures more moderate than forecast for the corn belt have caused prices to dip on the Chicago Board of Trade.

In addition, some small rain cells did dampen significant areas, and one area got high volumes of rain. As much as 6 inches was reported by farmers in Minnesota. Most parts remained dry, and moisture levels are now at a critical point, especially for soybeans.

The results were predictable. December corn futures were down a dime for the week. November soybeans were down almost 60 cents, after gaining $1.50 last week. That pretty much defines volatility.

Follow through Aug. 8 had corn down an additional 33⁄4 cents on the December contract, with the November soybeans down an additional 83⁄4 cents. As this was being written early Aug. 9, we were experiencing a “Turnaround Tuesday.”

The latest edition of USDA thinking has corn condition declining 3% for the week. That is a large weekly change, and mostly reflects the need for rain that is becoming serious.

In the case of soybeans, the report represents a reversal, as conditions the week before were reported to have improved 1%. Anecdotal reports have the crop coming through the critical pollination period in good condition, but starting to suffer.

I listened to observers Aug. 8 on a regional conference call as they reported firing of corn stalks in many areas. Significantly, much of Iowa is especially dry. Those observers sounded, in general, like one more good rain could get their crops to the finish line.

In Ohio, we are a little later in maturity, and need more than that. Much of Ohio is reported to be too dry for the last two weeks. Spotty showers, typical this time of year, have created a pattern of the haves and the have nots in the farming community. Some have gotten generous rains, while some have seen the rain miss them.

Remember that traditionally we reserve the month of August to talk about soybeans. This is the critical month for soybeans as we set pods and fill them. I am notoriously poor at judging bean yields from the driver’s seat of my car. I cannot see the actual stand without walking the field or flying over it.

People better than me say that the USDA early estimate of 51.5 bpa, the second highest in history, is too high given summer weather conditions and a late and wet spring planting season. If it is 50 bpa, we have a very tight balance sheet, and prices are too low.

Absent from the market news is much talk about the war in Ukraine. It is not that this major impact has come and gone, but more that we are burned out on reacting to it. We may be in a wait and see pattern.

Will we get significant grain shipments out of Ukraine? If not, we should expect a rebound. Is it likely to happen? Not in a million years by this observer’s opinion, but if I were consistently right, I would be significantly rich. Always remember that my opinions don’t impact my own pocketbook anymore!

So, we have a little summer to go. The crops have some risk. We can get higher prices, but we have to assume that, like usual, the highs were made in July.

Weather pattern highs normally come in late June. Political highs, like the one we have gone through, can come later.