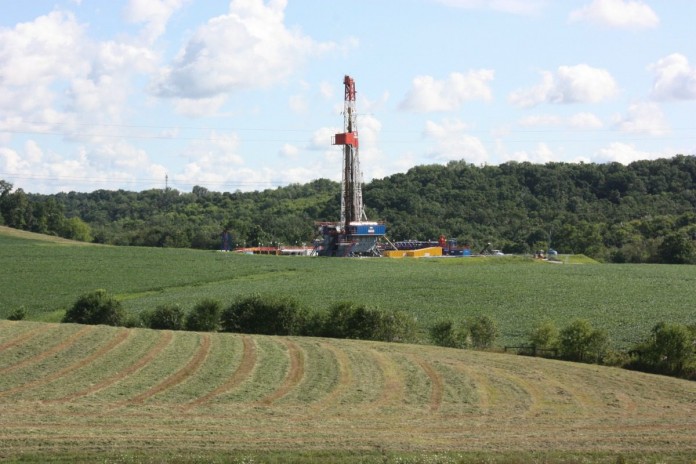 SALEM, Ohio — Oil and gas drilling continues across the tri-state region, if drilling permits are any indication.

The Ohio Department of Natural Resources granted 79 permits between Nov. 1 and Nov. 30. Monroe and Belmont counties led the pack with 19 permits issued in each county.

In Belmont County, there are 42 wells in some sort of drilling phase and 54 producing wells.

The ODNR issued 19 permits in Monroe County during November. In Washington Township, five permits were issued, four to American Energy Utica and one to HG Energy.

In Monroe County, there are 75 drilled wells waiting to go into production and 31 producing wells. 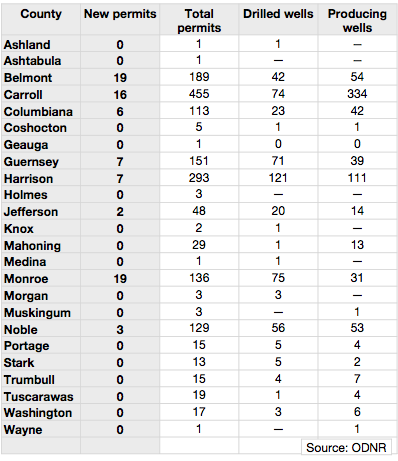 The permits were issued to Hilcorp Energy Company for two sites in Fairfield Township.
In Columbiana County, there are now 42 producing wells and 23 drilled wells, according to the ODNR.

Gulfport Energy appears to be going strong and planning further drilling in southeastern Ohio. The ODNR issued three new permits in Beaver Township to the Gulfport Energy Corporation.
There are 56 wells drilled in Noble County awaiting production mode, mainly due to infrastructure that still needs to be built. There are 29 producing wells in Noble County.

The ODNR has issued 44 permits for horizontal drilling in the Marcellus shale. There are 27 Marcellus shale wells in Ohio. There were no permits issued in November.

The DEP issued 26 permits in Washington County, which remains a booming drilling area in Pennsylvania. So far, the DEP has issued 371 permits in 2014.

Another leader in the drilling boom in Pennsylvania is Greene County. The DEP issued 23 permits during November.
Since Jan. 1, the DEP has issued 423 permits.

In Butler County, there were 17 permits issued by the DEP during November and 177 have been issued since the beginning of the year.

The West Virginia Department of Environmental Protection issued 37 shale drilling permits during November.
In the Utica shale, the DEP issued three permits for the same property in Wetzel County to the Stone Energy Corporation.

The most permits were issued in the Marcellus shale in West Virginia. The leader this month was Marshall County where 15 permits were issued. There were 13 issued to Chevron Appalachia., all on the same piece of property owned by Williams Ohio Valley Midstream. In addition, one permit was issued to Noble Energy Inc. for a piece of property owned by Steve and Ed Ward and one issued for minerals owned by the Consol Mining Co.

The DEP issued eight new permits during November in Wetzel County. There were four permits issued to Stone Energy Corporation for mineral rights owned by Heath and Charmaine Starkweather.
An additional four permits were issued to the Statoil USA Onshore Properties, Inc. for property owned by Howard Henderson.

In Tyler County, the DEP issued seven permits during November. Four permits were issued to Noble Energy for wells to be drilled on property owned by Allen W. Seckman, et. al. In addition, single permits were issued to Statoil USA Onshore Properties, Inc., the EQT Production Company and one to Antero Resources Corporation. All of them were issued for drilling on different properties.

Drilling appears to be going at full speed in Monongalia County with six new permits issued there. The permits were issued to Northeast Natural Energy for drilling on three separate properties with different owners.

The DEP issued two permits in Marion County during November. The permits were issued to Trans Energy Inc. for property owned by Nathaniel C. Hibbs.