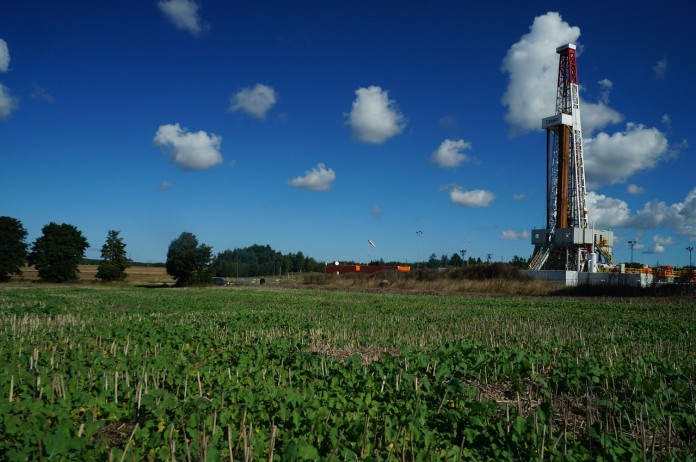 The Biden administration is presenting some challenges for the oil and gas industry.

President Joe Biden started off his presidency with several executive orders directly impacting the industry. First was the cancellation of the Keystone XL oil pipeline, which was to send oil from western Canada to Nebraska.

“That certainly sent a chill through the industry,” said David Callahan, president of the Marcellus Shale Coalition.

President Donald Trump’s administration was seen as quite friendly to oil and gas, rolling back a number of environmental regulations in an effort to boost domestic production.

The industry that employs tens of thousands of people in Ohio, Pennsylvania and West Virginia must now figure out how to proceed. The Biden administration’s actions around oil and gas development, the environment and the climate have created a lot of uncertainty, industry leaders say.

“All that uncertainty drives changes,” said Mike Chadsey, public relations director with the Ohio Oil and Gas Association. “It can impact a lot of different things. That’s not what our folks are looking for. They’re looking for regulatory, certainty.”

Construction on the 1,200-mile Keystone XL pipeline, owned by Canadian company TC Energy Corp., began in April 2020. TC Energy said it was laying off more than 1,000 construction workers as a result of the pipeline cancellation. The company is based in Calgary, but it also owns and manages thousands of miles of natural gas pipeline in Ohio, Pennsylvania and West Virginia.

Ohio Attorney General Dave Yost joined 20 other attorneys general March 18 in suing Biden and members of his administration for revoking the permit for the Keystone XL pipeline.

Next, came the moratorium on new oil and gas development on federal lands. While people may not think of Ohio and Pennsylvania when thinking about public lands, there are national forests in both states.

In addition to Biden’s moratorium, a federal judge recently ordered for new fracking and leasing activity to be put on hold in Ohio’s Wayne National Forest until a review can be done on the environmental impacts of the practice.

In addition to actions on the Keystone XL pipeline and federal lands, Biden rejoined the Paris Climate Accord after Trump withdrew the U.S. from the international agreement. Biden set a target to make the U.S. carbon neutral by 2050. The president also ordered the review of many Trump-era decisions to rollback or revise environmental regulations, including Waters of the U.S., methane emissions from oil and gas facilities and the Endangered Species Act.

Andrew Casper, director of legal and regulatory affairs for Ohio Oil and Gas Association, wrote about some of these regulatory changes in the group’s monthly magazine, The Drill Bit. He said they are continuing to monitor the possible changes and working to “stave off or help mitigate regulatory impacts to Ohio’s oil and gas industry.”

The industry, of course, believes natural gas has a place in the clean energy transition as it burns relatively cleanly compared with other fossil fuels. The big problem, environmental groups argue, is the process to get it out of the ground, particularly fracking.

A recent report completed by the Ohio River Valley Institute also found that the Appalachian fracking boom didn’t deliver on its promise of economic prosperity for local residents. Local officials and the Ohio Oil and Gas Association pushed back on the report’s claims, saying the data was cherry picked to fit a narrative.

The thing is, when drilling is stopped, temporarily or permanently, it doesn’t just hurt the workers on the well pad, Chadsey told Farm and Dairy.

“There’s this big long logistics supply chain. You start turning off the wells … there are all the people downstream that that impacts,” he said.

Callahan said in a statement at the time that the vote by the Delaware River Basin Commission defied “common sense, sound science and is a grave blow to constitutionally protected property rights.”

All the while, drilling has continued in the region. Though it slowed significantly last spring, when the pandemic began, it picked back up in the latter half of the year.

Through the challenges, there are a few things to look forward to. As more people get vaccinated and things begin opening up more, people will travel.

Another bright spot is Shell’s ethane cracker plant, being built in Beaver County, Pennsylvania. The Beaver County Times reported March 16 the plant is expected to be completed next year. The facility is in early stages of commissioning and start-up activities.

There are thousands of construction workers building the plant, which is expected to support about 600 permanent jobs once complete.

Callahan told Farm and Dairy that the coalition is eager to see the start-up of the cracker plant, not only for the jobs it will create directly, but the ones it could create downstream. The plant is expected to produce 1.6 million tons of polyethylene plastic each year, which can be used in many other products.

“There are already some manufacturers that use polyethylene in the area,” Callahan said. “You could have others that move operations closer to the source.”