The opposition to genetically modified organisms (GMOs) is mounting another charge, this time through various state ballots designed to put into law the mandatory labeling of GMO-derived ingredients in food.

Even Minnesota-bred mosquitoes are not this persistent, so what are the real issues?

Origin of the problem.

In essence, the root of the problem (which, as we will see, is not a problem) has two components.

First, there is this pervasive myth that natural is better. This thinking ignores the fact that everything we do is in defiance of Mother Nature. This is particularly true of agriculture where nothing that we do is natural, from the selection 12,000 years ago of a mutant grass (wheat) whose plants do not drop their seeds, to monoculture, and milking machines.

So what are GMOs? At the risk of being a bit simplistic, the process behind GMOs is straightforward: find a useful gene and insert it into the DNA of an organism you care about.

The ironic thing with GMOs is that it is arguably one of the most “natural” things that we have ever done in agriculture.

The insertion of a foreign gene in the genome of another species is exactly what nature does trillions of time per day whenever viruses invade their hosts.

Perhaps the best known genetic modification is that involving the gene that codes the Bt toxin.

The ‘Bt’ comes from the bacteria Bacillus Thuringiensis. This toxin has the beautiful property of killing caterpillars while being completely harmless to humans. Crops with the Bt gene are much more resistant to many caterpillars and, hence, require far less insecticide.

Genetic engineering has many more applications. Geneticists have now inserted genes that produce drought-resistant wheat, and rice that contains substantial amount of vitamin A.

Conventional rice is highly deficient in vitamin A and when consumed in large amounts — as by poor people in developing countries — has long been associated with a disease that results in blindness and hundreds of thousands of death worldwide.

We are now testing GMO bananas that are wilt resistant, hence able to withstand the bacterium Xanthomonas campestris.

GM animals are widely used in medical research. A malaria resistant mosquito is under development. As you might know, malaria is a disease that is widespread in tropical and subtropical regions, resulting in an estimated 225 million cases and up to 1.2 million deaths per year.

Despite these positive facts and applications, the opposition to GMOs uses one of the following three arguments.

Argument 1: the biotech industry is profiting from poor farmers. The argument goes along that farmers are forced to buy the patent-protected seeds year after year.

The problem is that nobody, not even “evil” Monsanto can force farmers to use their seeds. Farmers willingly buy them because they generate a better return.

The seeds carry a greater price: This is the reward for the businesses and people who took the risk and invested huge amounts of money and knowledge in developing the new technologies.

But the farmers as well as the rest of us also reap some of the benefits. That’s how a capitalist economy works. That’s why we have iPhones.

Argument 2: GMOs are not ‘natural’. As I have explained already, the underlying process used to produce GMOs is in fact quite natural. But this doesn’t matter because ‘natural’ does not imply ‘better.’

In fact, there are plenty of examples of living things that are very much unnatural, but that are highly appreciated by (some) human beings. Does anyone think that a Chihuahua is natural?

Argument 3: GMOs are a threat to human health and the environment. Unfortunately, scientists have looked into this for decades and have found no basis for concern.

Depending on the trait involved, GMOs are regulated by the FDA, USDA, and EPA. After years of testing, the conclusion could not be any clearer: We cannot detect any risk associated with the approved GMOs.

Recently, I conducted extensive research on dihydrogen monoxide and I have concluded that this chemical, widely present in our food, should be regulated, labeled perhaps even banned.

This chemical causes an estimated 359,000 annual deaths worldwide. It is the fifth leading cause of unintentional fatality in the U.S.; it also kills 6.5 times more children between the age of 0 and 19 than firearms.

All these facts are true and verifiable, but before you start calling your congressman or post letters to the editor in your favorite paper, perhaps you should also be told that dihydrogen monoxide is the chemical name for water — pure, unadulterated water.

You see, there is always a way to turn something perfectly safe into an apparent threat. Beware of the fear industry. 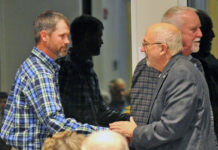 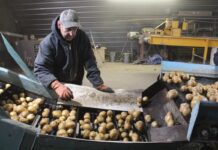